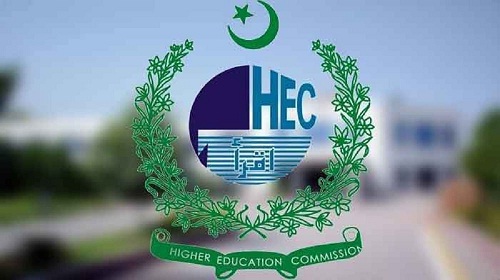 In this connection, a ceremony titled “Bridging the Gap in Japan for 800k ICT Engineers by 2030” was held at the HEC Secretariat on Wednesday. The ceremony, graced            by Chairman HEC Dr. Mukhtar Ahmed as chief guest, was attended by CEO Profound Vision Nobou Shiobara, Former Ambassador of Pakistan to Japan Mr. Imtiaz Ahmed, Director General Japan External Trade Organisation (JETRO) Kazu Yamaguchi and other dignitaries from Pakistani and Japanese business and commerce industry.

Profound Vision Co., Ltd., a leading company in the placement of skilled IT resources from Pakistan to Japan, initiated FiTE three years ago, realising the need for importing ICT talent to meet the Japanese market requirements. According to Profound Vision, Japan needs around 800,000 IT engineers by 2030 to meet its market needs. FiTE is built with Pakistani technology specifically for the Japanese market. FiTE is the first bilingual system designed to bridge the ICT engineer gap between Pakistan and Japan.

In his remarks, Chairman HEC Dr. Mukhtar Ahmed briefed the audience about the launch and its importance for the Pakistani engineers. He said that 163 out of 244 Pakistani universities offer IT-related programmes, adding that 108 universities offer Engineering programmes. He maintained that over 40,000 Pakistani students are currently graduating in IT.

The Chairman observed that Japan and Pakistan have a long history of relations, as Japan is among the first few countries that recognised Pakistan in its early years of foundation. He appreciated Japan International Cooperation Agency (JICA) for its role in strengthening the bilateral relations. He underlined that the web portal will link the Pakistani IT engineers with the Japanese employers. The IT engineers will not only serve Japan, but will also bring revenue to Pakistan, he noted. He said that Pakistan’s population comprises 65 percent of youth who have a great potential, adding that the youth will not only serve the country but will also offer their services to friendly countries. He stressed that Pakistan and Japan will learn from each other and will expand collaboration in various fields, including higher education.

Mr. Shiobara apprised the audience of the background of the FiTE, saying that Japan’s low birthrate, aging population and the lack of young software engineers and IT programmers created a demand for IT manpower in Japan. He said that Profound Vision and HEC will sign an MoU in near future to explore different avenues of recruiting Pakistani ICT engineers.

Former Ambassador of Pakistan to Japan Mr. Imtiaz Ahmed, Director General JETRO Mr. Yamaguchi, and other notables also addressed the ceremony and highlighted the importance of launching the FiTE.

The audience observed a one-minute silence to express solidarity with the flood victims of Pakistan and to show condolence over the demise of former Japanese Prime Minister Shinzo Abe.