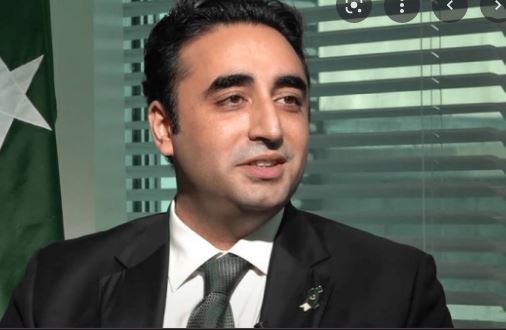 The foreign minister is visiting the Kingdom to finalise the matters before the visit of the Saudi Crown Prince to Pakistan. He will also meet his Saudi counterpart and other important personalities.

An important meeting in this regard was also held in Sharm El-Sheikh, Egypt. Important progress on the Gwadar project will also be made possible during the visit of the Saudi crown prince to Pakistan.

Sources have divulged that the Saudi Crown Prince is most likely to visit Pakistan on November 21. Pakistan, China and Saudi Arabia are keen to invest in the China-Pakistan Economic Corridor (CPEC), the diplomatic sources have said.

“I would like to reiterate my unequivocal condemnation of this attack. There must be a free, fair and impartial investigation. Whatever people think of Mr Khan domestically, but this is an attack on a former prime minister, an attack on anyone should be impartially investigated,” he added.

However, Bilawal said Imran Khan’s visit to Russia after the start of the aggression against Ukraine distorted Pakistan’s position on the issue. “I agreed that we wanted to stay neutral and didn’t want to be drawn into another conflict,” he said,

Responding to a question, Bilawal said it is a shared responsibility of global community to find solutions to mitigate the effects of climate change. He said Pakistan suffered a lot of damage due to the climate-induced devastating floods.

The Foreign Minister said Pakistan contributes less than one percent of global carbon footprint but it is the 8th most affected country by the climate change, which is a great injustice.” There’s not going to be a planet for us to fight over’ unless climate crisis is solved,” he remarked. =DNA