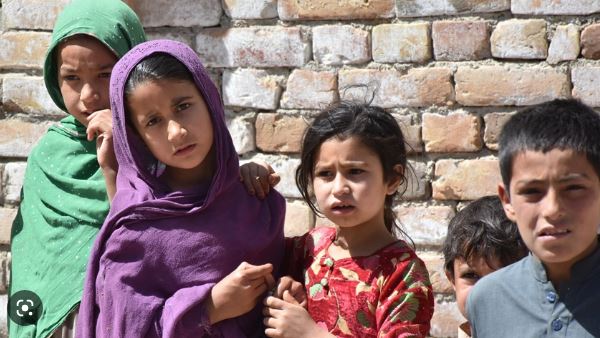 ISLAMABAD, DEC 14 (DNA): A strong common collaboration among all the stakeholders is required to define and achieve the common goal of preventing child labour. Thus concluded ‘National Consultative Workshop on Elimination of Child Labour in Agriculture/Cotton, Textile and Garment Value Chains in Pakistan” held in Islamabad on Tuesday.

The workshop was organized by Food and Agriculture Organization of the United Nations (FAO) in collaboration with International Labour Organization (ILO).

The workshop was held under the “CLEAR Cotton Project: Eliminating child labour and forced labour in the cotton, textile and garment value chains” (2018-2023). The Project was mainly funded by the European Union. Pakistan is among the four countries including Burkina Faso, Mali, and Peru where the CLEAR Cotton Project is being implemented. In Pakistan, the project is being co-implemented by FAO and ILO.

Speaking on the occasion, Ms. Khemphone Phaokhamkeo, ILO Country Director (Officer in Charge) in Pakistan said that fighting child labour is important for ILO and has been a priority since its establishment in 1919. Pakistan has also ratified 36 international conventions including the ones on the elimination of child and forced labour. As a member state of ILO, Pakistan should take steps to respect compliance of these conventions.

The issue of child and forced labour in Pakistan requires our attention amongst other on three areas; Firstly, we need to ensure that all children have access to the quality education; not only up to the primary level but till the time they attain the legal age of being eligible to work. Secondly, a healthy, safe and protective work environment must be provided for the youth. Thirdly, poor should be protected under social safety nets and social protection. All adults must be provided decent work so that they don’t have to pull their children into work.

Florence Rolle, FAO Representative in Pakistan while addressing the inaugural session said that; “Looking at the statistics of the out of school children and stunting rate in Pakistan, we realize that these are the key issues that we need to address. Nonetheless, the question is how? It is often said that children are the future. In my opinion, they are the present.

We need to address the present so that they become the future of Pakistan. Almost 70 percent of the child labour in Pakistan is involved in agriculture, therefore, for FAO this is a major concern. The project was first of its kind in Pakistan where we worked with the awareness raising in communities. Child labour in agriculture is not only about children being out of school, but it is also a major health issue as they are exposed to pesticides.

FAO through its various initiatives is also trying to increase the outcomes of the smallholder farmers so that the vicious circle of child labour is broken.”  She reiterated that FAO will mainstream the outcomes of this project in all other projects as well. She concluded on the point that “it is always good to forge partnerships so that difficult subjects like child labour are tackled at multiple levels from different angles”.

Azhar Iqbal Malik, Deputy Secretary, Ministry of Overseas Pakistanis, and Human Resource Development and Mr. Syed Khalid Gardezi, Additional Secretary, Ministry of National Food Security and Research, also represented the government and their respective ministries. They appreciated the project for being inclusive by involving all stakeholders to end the threat of child labour.

Malik said that currently, child labour survey is ongoing. The findings of the survey will help to find the root causes. Meanwhile, the survey is ongoing, government is committed to end child labour.  Articles 11, 25A and 37 of the Constitution guarantee free and compulsory education for all, end of child, forced labour and slavery. Pakistani government has also ratified all the relevant ILO conventions.

A strong legal environment is also prevailing at provincial level in forms of various laws. Further to this, we need suggestions for key interventions to scale up our efforts.  Mr. Malik while thanked the developing partners, specially, European Union reassured Government’s fullest support.

Mr. Gardezi appreciated the efforts made under the project. He concluded that Pakistan is seriously committed to achieve the SDG target 8.7 to end child labour by 2025. We are progressing in a right direction. However, we also expect our partners to play a positive role to support us to achieve this end. The issue of child labour requires complete attention and must be addressed with problem solving outlook with the participation of all the stakeholders.

Pakistan’s compliance with these 27 international conventions and agreements is also being under EU funded project “International Labour and Environmental Standards Application in Pakistan’s Small and Medium Enterprises”” implemented also by ILO together with WWF since 2016. These actions fall under the EU delegation of Pakistan’s priority areas ‘Poverty reduction’ and ‘Green economic growth.

A results oriented monitoring report of 2022 termed the project a well-designed intervention, with good reflection in the country action plans and for addressing the key needs of the target groups and beneficiaries and having a balanced approach. However, it also raised concerns on slow progress and limited anchorage with relevant global platforms on child and forced labour. The report also highlighted the room for improving the flow and meaningfulness of communications on this intervention.

It is time for us to reflect on whether or not these concerns are valid or not and to what extend they can be addressed. At the same time, Pakistan needs to work on a global mandatory corporate social security standard for supply chain due diligence which includes child and forced labour in the garment value chains.

Project partners and beneficiaries’ representatives concerned government collaborators, donors and development partners, civil society organizations (CSOs) and other stakeholders relevant to agriculture/cotton, textile, and garment value chains participated in this workshop and presented their achievement as part of clear cotton project across Pakistan.=DNA