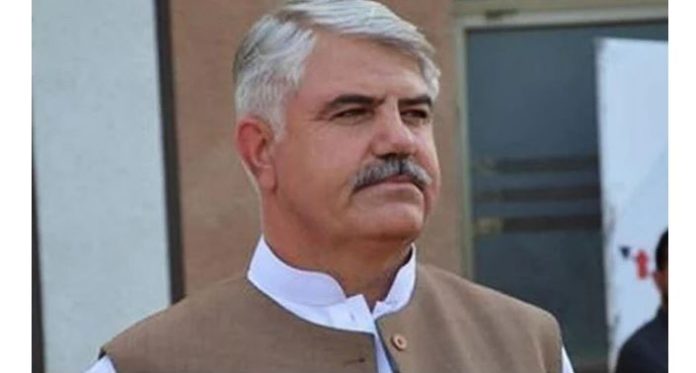 The meeting decided to formulate a comprehensive strategy for effective prevention of such incidents in future by tightening the relevant laws to punish those who set the mountains/forests on fires intentionally on the basis of personal enmities. It was also decided to constitute committees at district level to keep a vigilant eye on such destructive activities in future. The committees, to be headed by Deputy Commissioners, will have representation of Police, Special Branch, Rescue 1122, Forest Department and District Administrations.

The forum further decided to categorize the mountains/forests as high risk, medium risk and low risk areas further deciding that special units of Rescue 1122 would be set up in order to control fires in high risk areas whereas heavy duty drones would be used to monitor hills and forests as well as to take timely action in case of fire incident there. The meeting also gave consideration to the purchase of customized aircraft to control fires in remote and inaccessible areas and decided to restore the scientific forest management system. Similarly, it has been decided to devise a mechanism to pull out old wood and dry grass lying in the forests.

The meeting was informed that 72% of the total area affected by the fire was communal and private land adding that 89% of fire incidents was of Ground Fire, 20% Surface Fire and 4% Crown Fire. Similarly, it was told that 8.5% of the incidents were reported in reserved areas, 23 per cent in protected areas and 5.5% in Guzara Forest areas. It was further informed that 20% of the total fire incidents took place due to human error, 9% due to natural causes and 71% due to unknown causes.

While briefing about the action so for taken against those involved in setting the forests/mountains on fire, it was informed that a total of 56 FIRs had been registered whereas 32 accused of arson have been identified and 11 of them have been arrested. The meeting was informed that three persons including a rescue workers were martyred in attempts to extinguish fire in mountains.

On this occasion, the Chief Minister paid tribute to the martyrs and lauded the role of District Administration, Rescue 1122 and Forest Department personnel in extinguishing the fire. He said that forests were our precious assets, we have to protect and preserve this asset at all costs. “Those who set the mountains on fire on the basis of personal enmity are terrorists”, he remarked and directed that necessary legislation should be made to take action against such people under the provisions of anti-terrorism laws.

Mahmood Khan directed that such destructive activities should be made non-bailable offence adding that pictures of the arrested accused in recent fire incidents be published in media. He directed the concerned authorities to device a joint strategy of all the concerned departments for prevention of such incidents on permanent basis. Mahmood Khan also directed to have a transparent mechanism for the removal of dry wood and weed in the forests and an effective surveillance system in order to prevent fire incidents in the future. The Chief Minister has directed the quarters concerned to ensure implementation of the decisions taken in the meeting adding that the provincial government would provide all the required financial resources for this purpose on priority basis.