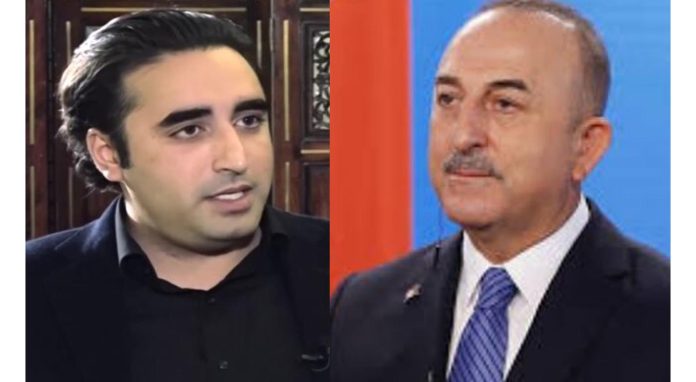 In a telephonic conversation on Saturday, he apprised the Turkish
Foreign Minister about enormous damage caused by the unusual rains and
floods in Pakistan.

Thanking the Turkish Foreign Minister for Turkiye’stimely dispatch of
team for flood relief assistance at the outset, the Foreign Minister
highlighted that since June 2022, Pakistan had witnessed highest
rainfall on record.

This had caused widespread flooding and landslides, with extreme
repercussions for human lives, livelihoods, livestock, property and
infrastructure. The disaster would likely be compounded by riverine
floods as well.

Foreign Minister Bilawal Bhutto Zardari stressed that the extensive
damages to infrastructure was further impeding the relocation of people
to safer locations and the effective delivery of assistance.

The Foreign Minister shared with his Turkish counterpart that Pakistan
had prepared a “UN Flash Appeal” which would be launched on 30 August
2022. He expressed the hope that the international community would
contribute towards meeting the funding requirements of the Flash Appeal.
DNA