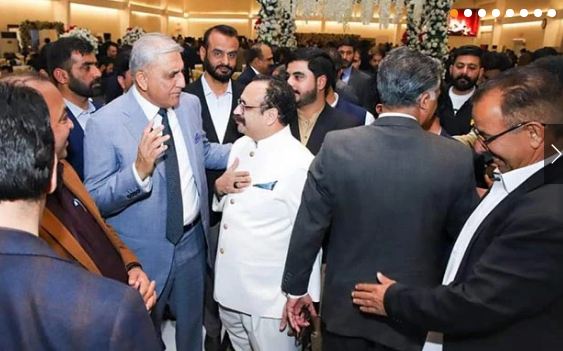 Anusha Chaudhry, who is Hamid’s daughter, recently got married. As per the media reports, her wedding ceremony was attended by many prominent personalities and politicians.

The pictures show Anusha walking up to the stage along with her father. The bride wore a deep red and gold-coloured lehenga.

Gen (retd) Bajwa — who is one of the longest-serving army officers in Pakistan’s history — retired from his post on November 29, 2022, after serving six years in office.

He spent over 44 years in the military, as he joined the Pakistan Army in 1978 and got commissioned on October 24, 1980. Bajwa spent 2,190 days (six years) in his career with the armed forces. He succeeded General Raheel Shareef on November 29, 2016.

Meanwhile, Hamid had filed an application to seek early retirement from the army days after the federal government appointed Gen Asim Munir as the new army chief and Gen Mirza as CJCSC.

Hamid was among the six senior army officers nominated by the General Headquarters (GHQ) for the army chief’s post.