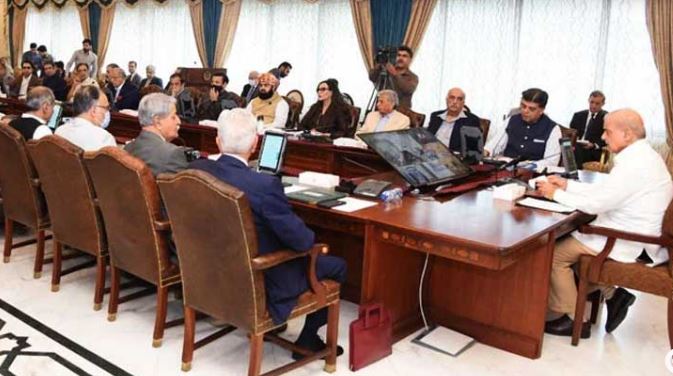 ISLAMABAD, JUL 15: The federal cabinet on Friday has formed a special committee to prepare proposals in order to initiate action under the Article 6 against the Pakistan Tehreek-e-Insaf (PTI) supremo Imran Khan and other party leaders over the Supreme Court verdict on the former deputy speaker Qasim Suri’s ruling regarding the no-confidence motion against former PM Imran Khan.

A meeting of the Federal cabinet was held under the chairmanship of the Prime Minister Shehbaz Sharif and during the meeting the cabinet termed the decision of the apex court as historic and said that the verdict ensured the protection of the Constitution.

Talking to media after the meeting, Federal Minister for Information Marryium Aurangzeb said that the cabinet has taken steps to implement the points raised in the detailed judgment of the Supreme Court’s and decided to form a special cabinet committee has been constituted to prepare proposals on the issue while the Law Minister Azam Nazir Tarar will head the committee.

She further said that the Cabinet had passed an important resolution over the apex court verdict, adding that the decision of the Supreme Court proved that the previous government had violated the Constitution.