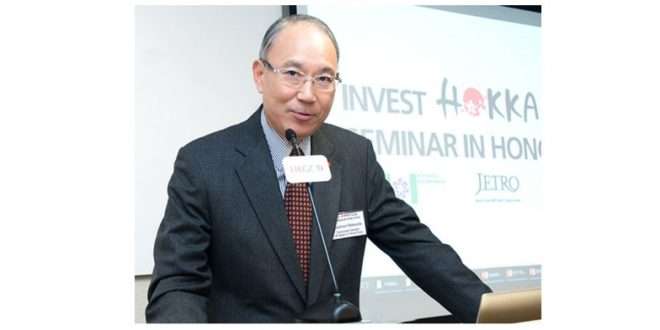 ISLAMABAD, DEC 02 (DNA) – MATSUDA Kuninori, Ambassador of Japan to Pakistan, has expressed deep grief and sorrow over the passing of Former Prime Minister of Japan NAKASONE Yasuhiro who had been an ardent supporter of Japan-Pakistan friendship.

“I feel deeply saddened over the sad demise of former Prime Minister Nakasone and greatly eulogize his services towards the friendly relations between Japan and Pakistan. He was in a true sense a great friend of Pakistan”, said Ambassador Matsuda in his condolence message.

Former Prime Minister Nakasone had served as a navy officer during the WWII and as a long-time statesman including the time as a Prime Minister in 1982-1987, who devoted his whole life to reconstruct the war-devastated country and rebuild the ties with foreign countries.

He was also an important supporter of the Japan-Pakistan friendship and visited Pakistan as a Prime Minister in 1984. During his visit to Pakistan, then-President General Muhammad Zia ul Haq warmly received the Prime Minister, and the two leaders held a Summit meeting, where the Prime Minster promised further economic aids to Pakistan.

He also visited Lahore and Peshawar following his visit in Islamabad. The Japanese leader made a speech in the Shalamar Gardens, Lahore and visited an Afghan refugee camp near Peshawar, where he had a face-to-face talk with the refugees and promised Japan’s continuous support until their return with honor.

In commemoration of his visit to Pakistan, the Japanese Park in Islamabad was built in 1985.

The Government of Japan provided the playing equipment along with the Japanese Park as a gift of friendship from the children of Japan to those of Pakistan.

A cherry tree also was planted in the International Friendship Garden, Shakarparian National Park to celebrate his historic visit. During his tenure, the Japanese government provided assistance of about 18 mil USD (1982-1983) for the construction of the first hospital building of Pakistan Institute of Medical Sciences (PIMS).

A plaque to commemorate the inauguration of PIMS by Prime Minister NAKASONE Yasuhiro is located in front of PIMS.

Those places are well preserved and open to public, and you can visit and see the footprints of Japan-Pakistan friendship. =DNA