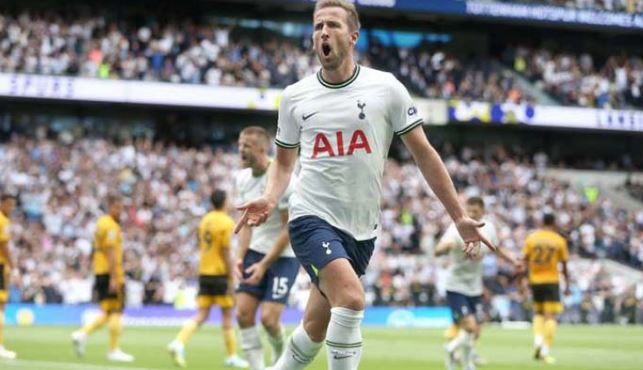 Harry Kane set a Premier League record for the most goals with a single club as the Tottenham striker netted in Saturday s match against Wolves.

Kane s 185th top-flight goal for Tottenham took him above Argentina striker Sergio Aguero s total of 184 during his time at Manchester City.

It was also Kane s 250th goal in all competitions for Tottenham, moving him 16 goals behind Jimmy Greaves as he bids to become the north London club s all-time leading scorer.

The 29-year-old s landmark moment came in the 64th minute at the Tottenham Hotspur Stadium as he headed home from close-range after Ivan Perisic flicked on a corner.

Kane had scored his first goal of the season in last weekend s 2-2 draw at Chelsea when his stoppage-time header drew him level with Aguero s tally of 184.