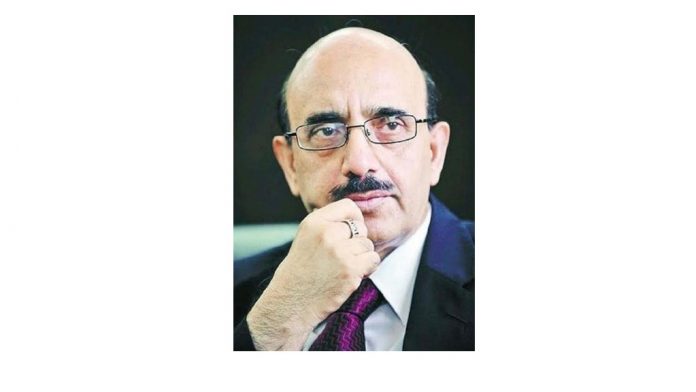 ISLAMABAD, APR 4 – Strongly denouncing new domicile rules imposed by India in the Indian Occupied Jammu and Kashmir (IOJK), Sardar Masood Khan, President Azad Jammu and Kashmir, has said that the international community has failed to respond to India’s unlawful and criminal actions, whereby they have announced plans to settle Hindus from India who have lived in the occupied territory for 15 years or studied there for 7 years or have appeared in Secondary and Higher Secondary School Examinations.

“This is a vicious plan to settle former military personnel and civil servants as well as their children and families, migrant workers and West-Pakistan refugees in the occupied territory. The ex-military officers and civil servants were in fact agents of the occupying power – India – and were instrumental in brutalizing and torturing the people of Kashmir”, he said.

The AJK President lamented that the international community, especially the United Nations Security Council, the Human Rights Council and the ICRC, have failed to take notice of this flagrant violation of international law. “We understand that the world leadership is rightly focused on combating the coronavirus pandemic, but failure to call out India’s latest crime against humanity in IOJK is a serious dereliction of responsibility”, he said.

The AJK President called on the OIC to work with the UN to quash these rules which will turn Muslims in the IOJK into a minority, grab their land and deprive them of their established rights in regard to permanent residence, acquisition of property, education and employment.

“This is a blatant attempt to colonise Kashmir and crush Kashmiris identity and rights”, he said.

President Masood said that the international humanitarian law, especially Article 49 of the Fourth Geneva Convention clearly states that “the occupying power shall not deport or transfer parts of its own population into the territories it occupies”. This Article is a textbook case for application to the IOJK.

India’s new domicile rules also breach Additional Protocol I and the Statute of the International Criminal Court which states that “the transfer, directly or indirectly, by the Occupying Power of parts of its own civilian population into the territory it occupies” constitutes a war crime, he said.

Besides, the UN Special Rapporteur on Human Dimensions of Population Transfer declares that “implantation of settlers in the occupied territories” is unlawful action entailing criminal responsibility of the State concerned.

Masood Khan said that in the dead of night, while the world was preoccupied with the coronavirus pandemic, India stealthily introduced these rules to consolidate its occupation and alien domination in IOJK. While the entire population of IOJK has condemned and resolved to oppose these rules, the Police Chief of the occupied territory has threatened that the occupation forces will proceed against anybody who protests against these illicit rules.