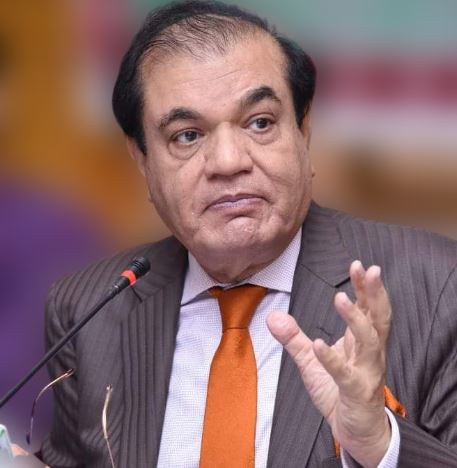 The oil prices have fallen to ninety-five dollars after reaching one twenty-two dollars and now it is excessive to increase prices again by reducing production.

Talking to the business community, the veteran business leader said that the oil exporting countries have become rich due to the rising oil prices and now pushing up the price will accelerate the global recession which will reduce the demand and they will suffer.

OPEC should not take any such step before the agreement between the United States and Iran and in the event of an agreement, reduce oil production slightly to make room for Iranian oil in the international market, he said.

Currently, Iran is producing 6.2 lakh barrels of oil per day and in the event of a nuclear deal, its production will reach 40 lakh barrels per day in one and a half years.

In addition, Iran has also stored a large quantity of oil, which by bringing it to the market will improve its financial condition and will also have a positive impact on the global market situation.

Mian Zahid Hussain added that sanctions from Iran can be lifted at any time, so Pakistan should be ready to import oil and gas to meet the energy shortfall in the country, which is very important for increasing GDP and providing relief to the people.

It is necessary because the decades-long energy crisis in Pakistan consumes more than one and a half percent of the GDP every year.