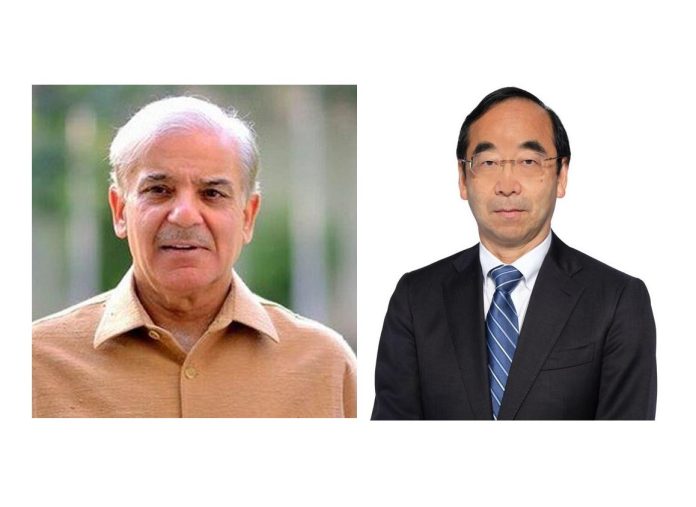 ISLAMABAD, MAY 27 (DNA) — Prime Minister Muhammad Shehbaz Sharif Friday while underscoring his government’s efforts for creating business-friendly opportunities, invited new Japanese companies to avail themselves of such opportunities and invest in Pakistan.

The prime minister, in a meeting with Ambassador of Japan to Pakistan Mitsuhiro Wada here, assured that the government would extend all possible facilitation to Japanese investors.

Conveying Pakistan’s firm resolve to elevate this relationship to new heights, the prime minister emphasized the importance of deepening bilateral cooperation, especially in the areas of trade, development, education, IT, climate change, and infrastructure.

During the course of their conversation, views were exchanged on further strengthening the existing Pakistan-Japan bilateral relationship. The prime minister recalled that the year 2022 was being observed as the 70th anniversary of the establishment of diplomatic ties between the two nations.

He also appreciated that the special events being organized to commemorate this landmark occasion were a reflection of the special relationship that Pakistan enjoyed with Japan. The prime minister was deeply appreciative of JICA’s ongoing programmes and meaningful contribution for supporting socio-economic and development sectors in Pakistan.

Ambassador Wada recalled Japan’s longstanding bilateral cooperation with Pakistan in diverse fields and expressed his government’s commitment to working together for the achievement of shared goals and objectives.

The ambassador also conveyed Japan’s appreciation for Pakistan’s facilitation in the post-15 August 2021 evacuation of Japanese nationals from Afghanistan, following the takeover of the Taliban.

While underlining the need to maintain the momentum of high-level exchanges, the prime minister extended a cordial invitation to Prime Minister Fumio Kishida to undertake a visit to Pakistan, at an early date. =DNA