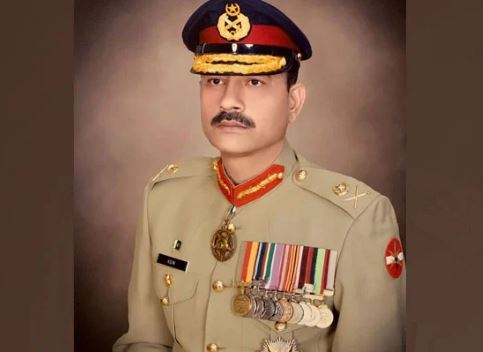 PBF hopes the coming COAS with his rich experience to confront the multi dimensional challenges faces by country being a professional soldier.

PBF Chairman (Balochistan Chapter), Engr. Daroo Khan Achakzai acknowledged the services of the outgoing COAS said that in the face of uncertainties in the region the role played by COAS Gen Qamar Bajwa to tackle the rising challenges remained exemplary in managing the hardcore professional tasks as well as helping Pakistan navigate choppy waters during the last six years.

Pakistan Army under the command of General Bajwa played a crucial role in strengthening Pakistan’s ties with countries across the globe through military diplomacy and played a monumental role including in the case of FATF.

He says under the leadership of COAS General Qamar Javed Bajwa, Pakistan was saved from the heavy penalty in the Reko Diq case and reconstituted a project aimed at excavating huge gold and copper reserves from the site in Balochistan. The Reko Diq agreement was a result of COAS’ personnel efforts as he convinced all parties for a National Consensus.

The Reko Diq agreement has been reached after several rounds of negotiations over the past three years. Reko Diq will potentially be the largest gold & copper mine in the world. It will liberate Pakistan from crippling debt & usher in a new era of development & prosperity.

PBF Vice Chairperson, Sana Durrani said General Bajwa also accredited for launching the public version of the country’s first-ever National Security Policy, which positions geoeconomics as a major part of the country’s national security outline. The military’s increasing focus on stabilizing the economy demonstrates that the institution realizes that comprehensive sovereignty and security cannot be achieved in the absenteeism of economic constancy.

She said durning the pandemic, while the entire world was shattered by the looming crises, Pakistan’s military took lead to strategize and put to effect a novel idea for the National Command and Operation Centre (NCOC). The Military’s organizational and administrative skill was put to good use, and a state-of-the-art quick but enduring solution surfaced.

Durrani further stated it not only contributed to the distribution of food and medical equipment to the poor but also carried out large-scale awareness campaigns about Covid-19 and due to such effective and synergized efforts, Pakistan has not only tackled Covid-19 aftermaths very efficiently but also averted an impending economic tragedy.

PBF’s Sana also lauded military diplomacy and launching of cyber 2021 program including induction of Khalid tank was a success of the outgoing COAS.