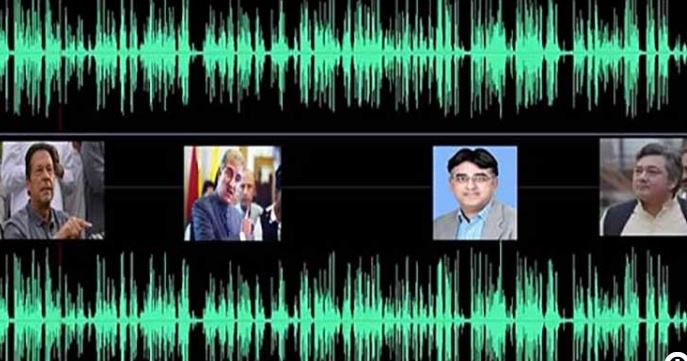 In the alleged audio, Imran Khan is addressing Shah Mahmood Qureshi, telling him that the three of them [Asad Umar, Azam Khan and Shah Mehmood Qureshi] are going to have a meeting with a foreign secretary.

Imran Khan instructed the PTI leaders to demand that they will secretly have to write the minutes of their own choice about the letter in the meeting. Azam Khan suggested to write cypher’s minutes and also keep copies of it.

Imran Khan further strictly directed in the alleged audio that they cannot take America’s name under any circumstances.

“Please don’t mention the name, it is very important for all of us that from which country the letter came from, I don’t want to hear the name from anyone,” said Imran Khan.

On which Asad Umar said that it is not a letter but a transcript of the meeting.

Imran Khan replied that, “transcript or letter of the meeting is the same thing. People could not understand the term transcript, and that’s why it is referred as letter in public gathering.”