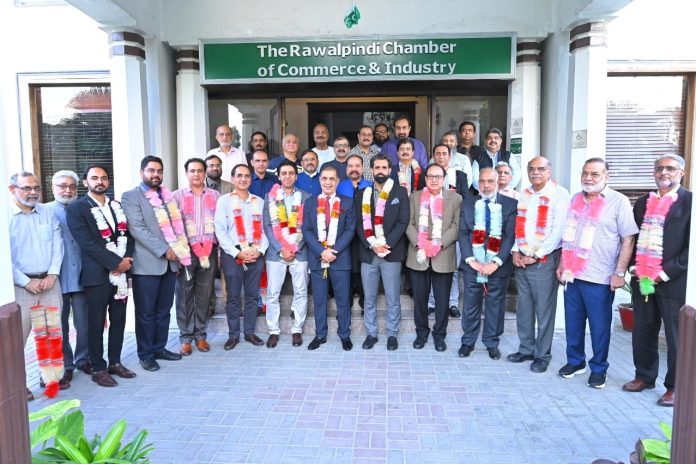 RAWALPINDI: Saqib Rafiq elected unopposed as President of the Rawalpindi Chamber of Commerce and Industry (RCCI) for the year 2022-23. The 3-member RCCI Election Commission consisted of Muhammad Badar Haroon, Rizwan Mashadhi and Zahoor Ahmad Malik announced the winners in this regard in a meeting held here on Thursday. The announcement of newly elected Senior Vice President Muhammad Hamza Sarosh and Vice President Faisal Shahzad were also made. Newly elected office bearers will take charge on October 1, 2022.

According to the Election Commission no nomination papers were received against the said three members for three seats i.e President, Senior Vice President and Vice President hence the election commission declared the said candidates as winners.

On this occasion, the group leader of Rawalpindi Chamber, Sohail Altaf, while congratulating the newly elected office bearers, said that the unparalleled success of all the members is a manifestation of the strong confidence of the businessmen and industrialists community of the region on the policies of Mian Parvez Islam Group.

President RCCI Nadeem Rauf and former presidents and representatives of trade associations felicitated the newly elected office bearers and hoped that the new body will leave no stone unturned for the betterment of the business community.