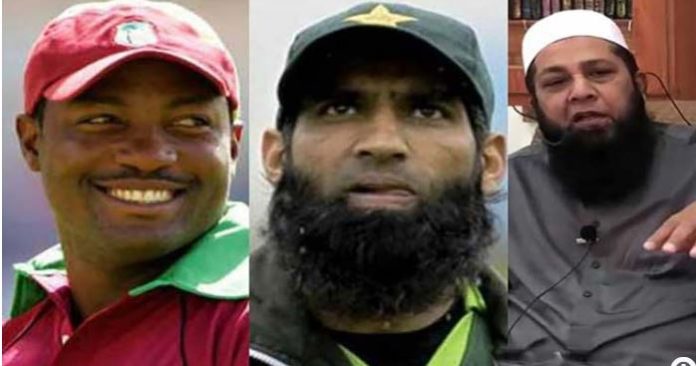 A video of Inzamam ul Haq attending an event has been surfaced on Twitter, in which he can be seen revealing the invitation to Islam given by the current Mohammad Yousuf to world cricket record-setting batsman Brian Lara.

According to Inzamam ul Haq, Muhammad Yusuf invited former West Indies captain Brian Lara for a meal during the Test match in Karachi, behind which Mohammad Yousuf’s intention was to preach religion to Brian Lara.

“Yousuf told Brian Lara how we obey Allah Almighty and follow the orders of the Holy Prophet (PBUH). Lara was also informed about the ways of serving our parents, dealing with wife, children, neighbors and managing business, said Inzamam.

Lara had become silent on the invitation of Islam given by Mohammad Yousuf, told Inzamam, the key ‘figure’ behind 1992 World Cup triumph.