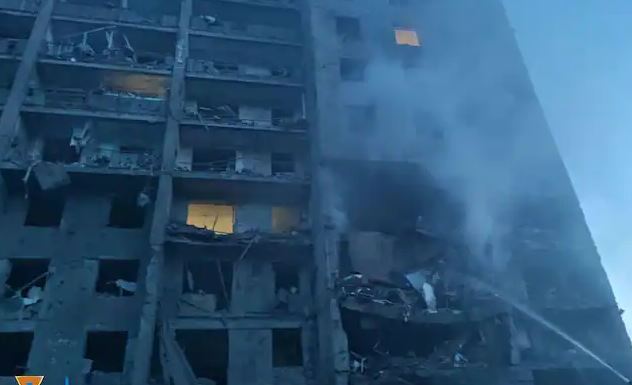 Kyiv, Ukraine, JUL 1: At least 17 people were killed and dozens wounded Friday in missile strikes on Ukraine’s Odessa region, a day after Russian troops abandoned positions on a strategic island in a major setback to the Kremlin’s invasion.

The news came after NATO leaders wrapped up a summit in Madrid, with US President Joe Biden announcing $800 million in new weapons for Ukraine.

But Russian Foreign Minister Sergei Lavrov compared surging diplomatic tensions to the Cold War, telling reporters: “As far as an Iron Curtain is concerned, essentially it is already descending… The process has begun.”

There was a glimmer of hope however, when Indonesian President Joko Widodo, who visited Moscow on Thursday after a trip to Kyiv, said he had given Russian President Vladimir Putin a message from their Ukrainian counterpart, Volodymyr Zelensky.

Neither side has revealed what was in the note. Hours after the summit ended, missiles were fired at an apartment building and recreation centre in the southern region of Odessa, a strategic flashpoint that is home to Ukraine’s historic port city of the same name.

Three people, including a child, were killed and one wounded in the attack on the recreation centre, they said.

The strikes, in the Bilgorod-Dnistrovsky district, were launched by aircraft that flew in from the Black Sea, said Odessa military administration spokesman Sergiy Bratchuk.

“The worst case scenario played out and two strategic aircraft came to the Odessa region,” he said in a TV interview, adding they had fired “very heavy and very powerful” missiles.

Bratchuk urged people not to post online information about the rescue operation.