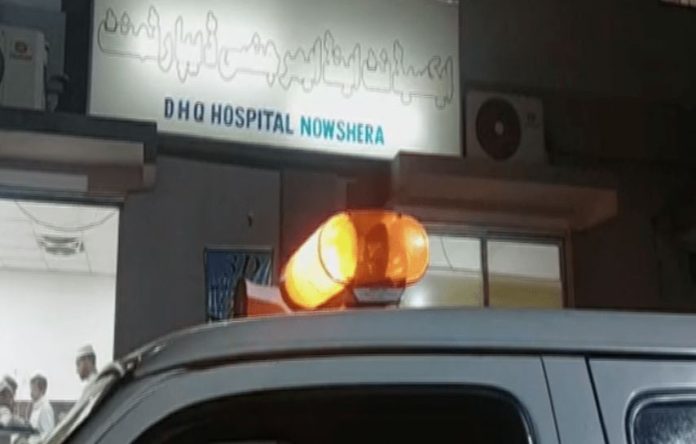 Three police personnel were gunned down by unidentified individuals in Nowshera district’s Akora Khattak on Saturday, according to police and rescue officials.

He said that a police party reached the crime scene soon after the attack, cordoned off the area and initiated a search operation.

Durrani said the search operation was ongoing while the police were also gathering details of the incident and assailants.

It added that the Rescue 1122 medical teams moved the bodies to District Headquarters Hospital Nowshera.

Khyber Pakhtunkhwa Chief Minister Mahmood Khan took notice of the incident and summoned an incident report from the police chief.

“The incident is very tragic and the sacrifice of the martyrs will not go in vain,” the chief minister said. He also prayed for the deceased and extended his condolences to their families.

The incident comes after a suicide attack targeting a police truck in Balochistan’s Baleli area on Wednesday in which four peo­­ple were killed and 24 others injured.

A suicide bomber travelling in a rickshaw targeted the truck carrying a police contingent for the security of polio workers, who were administering vaccines during an ongoing campaign in Kuchlak and other areas of Quetta district.

The banned Tehreek-i-Taliban Pakistan had claimed responsibility for the incident and confirmed it was a suicide attack. The attack had happened a couple of days after the militant group called off its ceasefire with the government and asked its combatants to carry out attacks across the country.