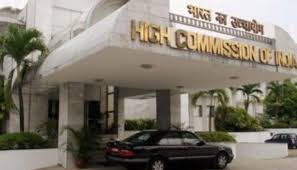 ISLAMABAD: Thirty-eight Indian High Commission officials in Islamabad headed homewards on Tuesday through the Wagah border crossing after Pakistan asked India to cut the size of its diplomatic staff here by half in a tit-for-tat response to the neighbouring country’s similar move.

According to sources, the Indian High Commission officials, including six diplomats, left by two buses and a truck for the Wagah border. The Indian officials also included a first secretary, two second secretaries, and three attachés.

A total of 100 officials of the Pakistani High Commission in New Delhi, including their family members, will come back home through the Wagah border today (Tuesday).Earlier, on June 23, Islamabad had categorically rejected the baseless allegations made by the Indian Ministry External Affairs as a pretext to seek a 50 per cent reduction in the staff strength of the High Commission for Pakistan in New Delhi.

The Foreign Office summoned Indian Chargé d’ Affaires to the Ministry of Foreign Affairs to reject the baseless allegations levelled by the Indian Ministry of External Affairs regarding the violations of Vienna Convention on Diplomatic Relations by the high commission’s officials in New Delhi.