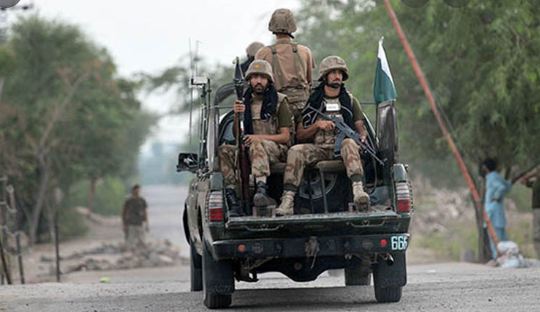 As soon as Troops cordoned the area, Terrorists opened fire to flee from the hideout. During intense exchange of fire, 6 terrorists including 2 commanders namely Gul Mir alias Pullen and Kaleem Ullah Bolani got killed. A large cache of Arms and Ammunition recovered from area.