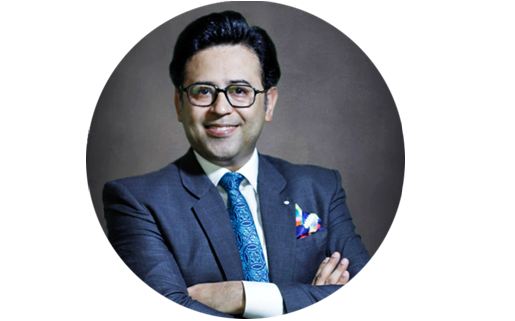 Pakistan stands against all human atrocities and war crimes took place during the Nagorno-Karabakh war. The brutal killing of civilians at Ganja city and rejection of a diplomatic solution by Armenia leaves no room for tolerance. Pakistan highly values the territorial framework of the independent State that is an essential foundation of the sovereignty of States, and that is one of the foundation principles of Non-Aligned Movement.

NAM (Non-Aligned Movement) is an international body consisting of 120 developing countries. It is the second largest group of states after United Nations. The one line explanation of NAM’s resolution is ‘not to be polarized’.This movement initiated back in 1950s with a purpose to avoid the polarized world of the Cold War between the pro-Soviet communist countries that are aligned under Warsaw Pact, and the pro-American capitalist countries allied as NATO.

NAM principles were derived from Bandung Conference of 1955held in Indonesia: The first large scale conference of Asian and African States those were mostly newly independent. Twenty nine countries participated in Bandung Conference. Pakistan was among the main sponsors and organizers of the conferencealong with Indonesia, Sri Lanka, Burma and India. In 1961 the first conference of Heads of State or Governments of Non-Aligned Countries was held inYugoslavia, and Pakistan even being a co-sponsor of the idea, did not attend the first summit due to its membership of SEATO (Southeast Asia Treaty Organization) and CENTO (Central Treaty Organization).

Pakistan participated in the deliberation of NAM as a guest until its assumption of full membership during 1979 Havana Summit. Anyhow the term non-aligned movement first appears in the fifth conference in 1976. Members ofNAM represent nearly two-thirds of the United Nations’ members and contain 55% of the world population. Majority of the member countries are developing or part of the Third World, thoughfew developed nations are also a part of it.

On the 60th anniversary of the NAM, a Maldivian politician, H.E. Mr. Abdulla Shahid, President of the 76th session of the UNGA (United Nations General Assembly) highlighted the importance of NAM in past and the significance of its existence in present. His words “As a forum for consultation and collaboration, with consistent advocacy in favor of peace, cooperation, and friendship, NAM serves as a keystone of global multilateral system.I commend the members of NAM for adhering to the Bandung principles, which correspond closely to the Charter of the United Nations and I acknowledge the leadership of Azerbaijan, as current Chair of NAM, during a very challenging period.”Such acknowledgment by H.E. Mr. Abdulla Shahidleaves no doubt on the vital role of NAMin global scenario.

At present Azerbaijan is having the chairmanship of NAM that has been extended for one another year; till 2023. There are number of successful initiatives taken by Azerbaijan as the NAM chairman such as welcoming summit-level meeting of the NAM contact group as well as a special UNGA session in response to COVID-19 held in 2020, the UN Human Rights Council resolution on the fair and equitable distribution of vaccines adopted on March 2021, and International Model NAM Simulation Exercise that has been organized for the first time in NAM history. This platform proved to be very valuable for Azerbaijan to let the world know about 44-day patriotic Nagorno-Karabakh war that ended with the liberation of Azerbaijani territories from Armenian occupation. Endorsement of NAM members on the statement by President of the Republic of Azerbaijan and Chairman of the NAM Mr. Ilham Aliyev that ‘victory of Azerbaijan is a victory of international law, justice and the NAM fundamental principles’, is of high significance.During the Nagorno-Karabakh, the constant support of NAM members to sovereignty of Azerbaijan and avoiding taking sides was a sign of harvesting the value of, territorial integrity and inviolability. As we see that Russia tried to pressure Armenia to accept a diplomatic settlement brokered by Russia, US and France, and when Armenian side refused to make concessions,Russia opted not to discourage the escalation of Nagorno-Karabakh conflict into a full-fledged war.Indeed it was a choice of strategy by Russia that seeks a major improvement in its regional standing but on the other hand it was aligned to NAM values.

In consonance to the words of Fidel Castro of CUBA that “aim of NAM is to achieve the national independence, sovereignty, territorial integrity and security of non-aligned countries and it is a struggle against imperialism, colonialism, neo-colonialism, racism, and all forms of foreign aggression, occupation, domination, interference as well as against great power and bloc politics”, Pakistan and Turkey also played a land-marking role to stand against the hegemony of bloc politics.Issues today are getting more diverse, likedisinformation, pandemics, climate change. Theloss of biodiversity is forcing allthe nations to let go of any remainingviewsof living in isolation. The challenges we are facing now are totallyplanetary in nature and extent. Therefore our responses have to be equally as global if we are toprosper and thrive.That is all possible in a non-polarized world, and that is the true essence of NAM.

The writer is a columnist and broadcast journalist. He teaches at UVAS Business School and can be reached at mali.hamza@yahoo.com