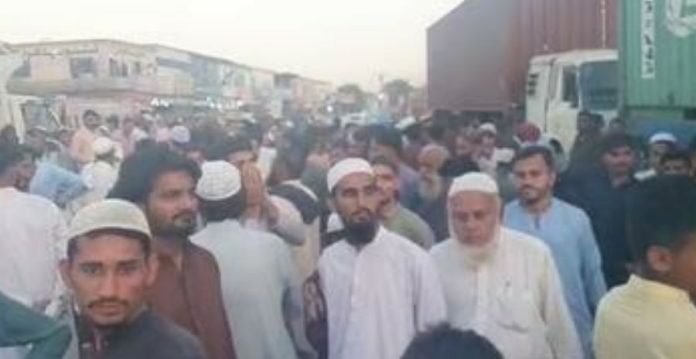 KARACHI, NOV 18: The body of a 7-year-old girl, who was raped and murdered, was found in Karachi’s Quaidabad area on Friday, police and hospital officials said.

The body was found on a plot of an under-construction building near Mengal School in Landhi’s Muslimabad colony.

A large number of locals gathered at the spot and expressed their anger over the unfortunate incident.

Malir SSP Irfan Bahadur told that the girl had gone missing on Thursday around 2pm and her body was found today (Friday).

He added that the police were waiting for the doctors’ findings before pursuing further legal action.

“The body of a minor was brought from the jurisdiction of PS Quaidabad with extensive injuries all over the body, especially the head,” Police Surgeon Dr Summaiya Syed told.

“The postmortem findings are suggestive of asphyxia (strangulation) as the cause of death, however, visceral samples have been preserved for toxicological screening.”

Epidemic of crimes against minors

Last month, a homeless minor girl from flood-hit Shikarpur, dwelling on a footpath near Abdullah Shah Ghazi shrine in Karachi’s Clifton area, was kidnapped and gang-raped by a group of men, according to police and hospital officials.

The police surgeon had confirmed that the 10-year-old girl went “missing” and was brought to the JPMC by her mother in a serious condition.

She was examined by a female medico-legal officer at the National Institute of Child Health (NICH).

“The examination revealed violent vaginal rape and physical injuries,” she had said.