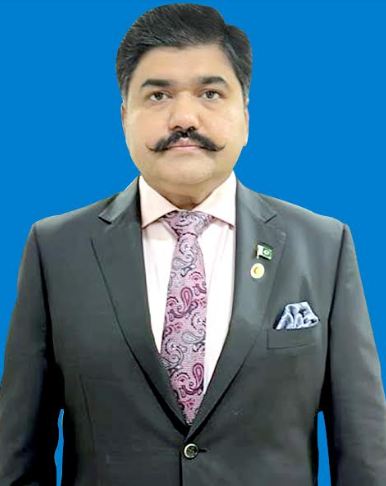 The Red Crescent covers all four provinces except Gilgit-Baltistan, Azad Kashmir and FATA. (Integrated Districts) and at the district level is busy to serve humanity, spread awareness, and train. Adhering to principles, Blaring Vansal continues to serve humanity without discrimination. Millions of victims of tragedies, natural calamities, accidents have been worried, supply of transparent blood is a distinction of Red Crescent. Be it first aid, psychological aid or trying to reunite displaced people, helping in emergency situations or playing a role in reconstruction and rehabilitation, the Pakistan Red Crescent is always at the forefront.

Spreading awareness about precautionary measures, advance arrangements, you will find “Pakistan Red Crescent” ahead. If you look at the history, whenever the dear country fought for its defense, Pakistan Red Crescent stood by its side, provided medical aid to the injured, and transported them to hospitals, blood supply, reunification and survival of humanity has been the hallmark of the Red Crescent.

This organization had also worked diligently in dealing with the problems faced after partition, resettlement and rehabilitation of refugees.In the 2005 earthquake, thePakistanRed Crescent earned a good name by giving priority to the service of humanity, and this good name continued to increase day by day. 2010

Even in the floods of 2014, the Pakistan Red Crescent did an exemplary and admirable work. The monsoon rains of the current year and the subsequent flood disaster brought the whole country to a standstill. Millions of people were affected, deaths, destruction of crops, destruction of infrastructure Death of livestock, roads and bridges were swept away by water, there were no schools, no hospitals and no grain, so this tragedy became a minor apocalypse in historical terms.

Our staff is hard-working and resilient. Our volunteers are trained and dedicated. This valuable asset is the identity of the PRCS. As the Chairman of the Pakistan Red Crescent on its 75th anniversary, I congratulate everyone associated with the organization and assure that this organization at the forefront of humanitarian service will be kept active, dynamic, strong and stable. All possible efforts will be continued. All the branches are an arm of the National Headquarters.

Our presence at the district level is a sign of our credibility. We arrive first and return last. Our mission is selfless service to humanity, and this journey of service has been going on for 75 years. Go ahead and support the PRCS. Serve the suffering humanity. Bring smiles to faces.