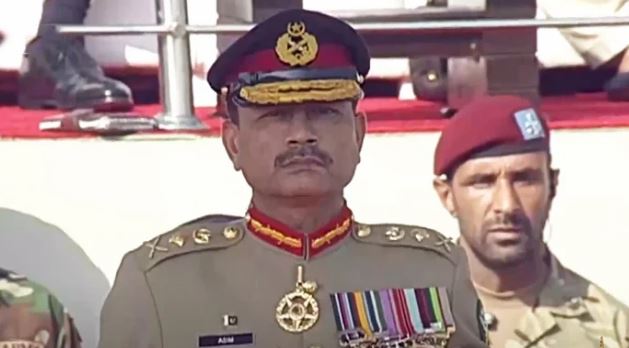 Gen Munir has become the 17th chief of army staff of the Pakistan Army.

Let’s take a look at his career and achievements.

Who is Gen Asim Munir?

Gen Munir was commissioned in the 23rd Frontier Force Regiment in 1986. He passed out with the 17th Officers Training course, Mangla and was awarded the coveted sword of honour.

Before taking charge he was posted as the quartermaster general at the General Head Quarters.

Before taking charge as COAS, Gen Munir was also posted as a directing staff in Command and Staff College, Quetta, brigade major of a deployed infantry brigade in Kel, general staff officer, grade-2, CGS secretariat and chief of staff of Mangla corps.

The incoming army chief has also served as the director general of Military Intelligence (MI).

In 2018, Gen Munir was appointed as the director-general of the Inter-Services Intelligence (ISI) and later transferred as corps commander Gujranwala.

After heading the Gujranwala corps, he was posted as quartermaster general which was his last assignment before becoming COAS.