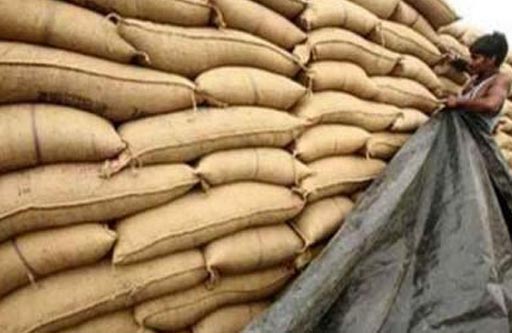 According to a district administration spokesman, 20 bids to smuggle wheat and flour were foiled on Saturday as a crackdown was launched under the supervision of Deputy Commissioner Rawalpindi Tahir Farooq while the admin confiscated 13,128 bags.

The crackdown was conducted on the directives of Commissioner, Rawalpindi Noor ul Amin Mengal. The food department and Rawalpindi district police impounded 20 vehicles loaded with wheat and flour which were involved in illegal transportation of wheat and flour.

The Food Department and Police on Friday foiled six bids to smuggle wheat and flour besides seizing over 3410 bags.

The Food Department and Taxila Police on Thursday foiled five bids to smuggle wheat and seized over 2440 bags.

He said, the food department officials with the help of Taxila police confiscated five trucks loaded with 2440 bags of wheat.

The truck drivers namely Attaullah, Ghulam Ali, Safian, Hassan and Suleman were also arrested by the police, he added.

The authorities of the food department along with Naseerabad, Taxila and Saddar Wah police confiscated seven trucks loaded with 3330 flour, 1700 wheat bags and 22 tons fine flour.

The drivers of the vehicle namely Qasier, Wajid, Arshad, Waheed, Manzoor, Attaullah and Muhammad Khan were also sent behind the bars, he added.

Several other bids were also foiled and the admin teams confiscated thousands wheat and flour bags while several persons were sent behind the bars for violating the ban.

The DC said that the Food Department Rawalpindi and district police were strictly monitoring all the exit points of Rawalpindi district to foil wheat and flour smuggling bids.

The spokesman said that the authorities had been directed to strictly monitor district exit points to control wheat smuggling, adding, Deputy Commissioner (DC) Rawalpindi Tahir Farooq had instructed the authorities to monitor the movement of wheat round the clock and take strict action in accordance with the law against the rules violators.

Rawalpindi district police and the Food Department on the special directives of Punjab government had also set up five special pickets at exit points of Rawalpindi district to control wheat smuggling. According to a police spokesman, special pickets were established in Naseerabad area, Hakla Interchange, Gangu Bahadur, HMC road and Brahama Interchange.

The confiscated wheat and flour would be sold in the open market on the market rate, he added.

He said, the operation against wheat and flour smugglers would continue.