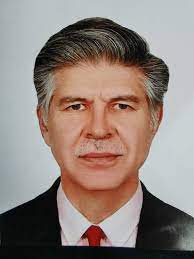 ISLAMABAD: Former MNA Mian Adnan Aurangzeb has died in an accident. Adnan was a well known figure of the country. He was equally well respected among the diplomatic community as well. President Dr. Arif Alvi in his Tweet on Monday expressed his heartfelt condolences on the sad demise of Adnan.

The President said that he was a great man and a great friend. President Alvi said when it comes to promotion of tourism in Swat Adnan had played a central role. His death was indeed an irreparable loss to this country and people of Pakistan.

Adnan had organized a number of trips for diplomats to his home town Swat in order to promote Swat as a tourist destination.