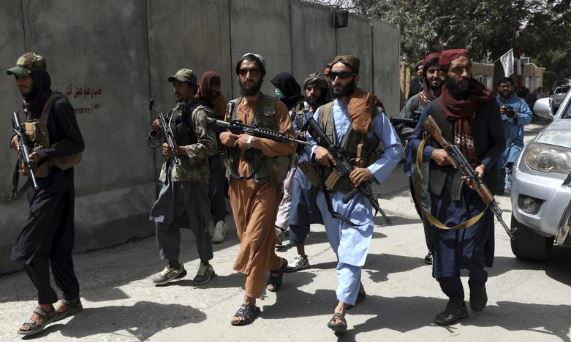 Shamim Shahid
PESHAWAR, AUG 15 /DNA/ – Whatever might be claims on the part of Taliban or their abroad patrons and financiers but they repeated the history by converting Afghanistan into a prison where the inmates are living like chained slaves. Even they out at stake very sovereign and autonomous status of the country where its some of dwellers are engaged in resistance against visible and non visible aggressors from abroad.
Though Taliban are makinb claims of getting occupation of Afghanistan by defeating United States lead allies and its installed regime in Kabul but the fact is different. Despite hectic efforts including carrying out wide range terror acts from 2009, atarted with second term of Hamid Karzai, the Taliban even had failed to get control or occupation of any important city or province till August 2021 last.  During this period, the Taliban claiming them as Emirate Islami Afghanistan has claimed responsibilities for hundreds of deadly terror acts, even that caused lives to innocent women, children, Ulema, seminary and school going students.
It is premature to say some thing about hidden agenda or future strategies of US lead allies but Taliban enabled of capturing Kabul on August 15th through well accomplished Doha Qatar Agreement. The Emirate Islami Afghanistan has not only made commitments of didn’t allowing any one to use Afghanistan soil against other countries but in particular it promised of didn’t gifting sanctuaries to all those who are either on UN black list or wanted to US. And killing of Al Qaeda chief Dr Aiman Al Zawahiri couple of days back in Kabul has exposed the Taliban who are making claims of controlling almost of the country. Even Prime Minister and Defense Minister remain unaware of high profile guests in the well guarded residence of Interior minister in heart of Kabul city. Killing of Al Qaeda’s Al Zawahiri has not only degraded further credibility of Taliban in global communities but it also posed very bad impacts on Its regime- which yet to get recognition of any member of UN, even those who are on list or considered in rival camp of US led allies.
On the issue of Human Rights, the Taliban regime yet to make satisfy rest of the world and global organisations- known for watching the HE situation throughout the world. The UN human rights rapporteur and Amnesty International time and again shown sever resentment over continuous violation of HR situation in Afghanistan wheres the extra judicial killing of personnel of former security forces and supporters of those who remained occupants of official posts since December 2001 is considered a routine. As a result fleeing on the part of Afghans is still continue. Almost hotels and guest houses in Islamabad Pakistan, Turkey, and other Central Asian Republics are occupied by women and children from Afghanistan- waiting for turn if boarding on flights for Western and American destinations.
The Emirates Islami Afghanistan’s hostile attitude towards female schooling is no more secret almost girls are locked and now one amongst millions of girls babies are allowed to enter schools. Even the Talobsn regime are turning to deap ear UN, OIC and other international organisations requests and appeals. There are reports of starting home-schools in Kabul and other cities. But Taliban now making their best to discourage home schooling system, started by teachers and students. Thousands of female teachers have also lost their jobs due to shuttering of schools
Likewise is the economic situation as almost economic opportunities are either pit on halt or running in ill fated circumstances. The UN reports reveal that over seven million  Afghans are in direct need of food assistance. But journalists believe economic sutuation is going worse day by day in all over Afghanistan.