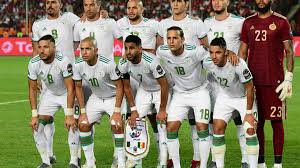 Johannesburg, June 28 :Top African football officials will hold a video conference Tuesday to discuss the way forward amid the coronavirus pandemic, which halted football last March apart from in Burundi.

Issues to be discussed by CAF president Ahmad Ahmad and his executive include the 24-team Africa Cup of Nations, which is scheduled for Cameroon from January 9 to February 6.

“We dearly want the Cup of Nations to go ahead as planned next January and February,” acting CAF general secretary Abdelmounaim Bah.

African countries have suffered to varying degrees from the pandemic with South Africa the hardest hit among those south of the Sahara.

By late Saturday the most industrialised country in the continent had reported 131,800 COVID-19 cases and 2,413 deaths.