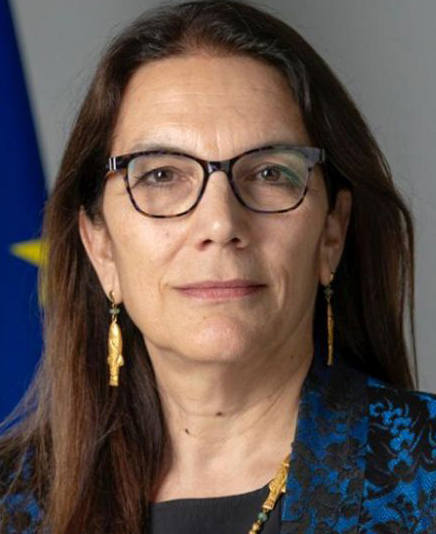 Sometimes, when you read the paper or hear the news, there are stories that make you stop in your tracks. Individual stories that hit you like a punch in the stomach. The story about Zohra has been one such story for me: an 8-year-old girl working as a housemaid, beaten to death by her “employers” after she had accidently let their parrots fly away. As an adult, I feel the need to apologise to Zohra because as adults – we have collectively failed to protect little girls like her. Zohra’s story might be a particularly shocking one, but she is unfortunately not an isolated case. The story of Zohra is very relevant because today is the World Day against Child Labour.

Globally, there are over 150 million children victims of child labour, almost half of them aged 5-11 years. Not only are they deprived from the joy of childhood, the freedom of play, and time with friends, but also from the learning and exploration that is so essential for all of us, as it makes us who we are. Most of them also work under terrible conditions, in dangerous, dirty and physically strenuous jobs that will leave a mark on their body, soul and health forever even before they have reached the peak of their physical development. Many of them experience abuse by their “employers” – I put this term in quotation marks as it sounds like a terrible euphemism otherwise.

Most countries’ national laws and international law addresses this problem. For example, the nearly universally ratified Convention on the Rights of the Child (CRC) explicitly declares protection from harm as a fundamental child’s right. The signatory countries to the ILO Convention No 182, which since 2001 includes Pakistan, declare that they ‘shall take immediate and effective measures to secure the prohibition and elimination of the worst forms of child labour as a matter of urgency’. Similarly, ILO Convention 138, on the ‘Minimum Age Convention’, signed by Pakistan in 2006, declares that each participating state ‘undertakes to pursue a national policy designed to ensure the effective abolition of child labour…’

In Pakistan, there are an estimated 11 million children (ages 4-14) working. Although the Constitution of Pakistan regards the minimum age of labour as 14 years, poverty and other difficulties pushes many parents to send their children to work long before that. Eradicating child labour and ensuring safe and dignified labour for adolescents is a difficult and complex task requiring multiple interrelated actions including violations of the law to be effectively detected and persecuted, through inspections and other means. Children who have become victim of child labour need support and protection. It also means that the underlying causes for child labour need to be addressed, namely in poverty and desperation that pushes families to send their children to work and the misery of children without family who have no other ways of surviving.

The European Union in partnership with the International Labour Organisation works with the Pakistani authorities to ensure that national labour standards comply with international standards, including on child labour. The EU also supports Ministry of Human Rights’ efforts to ensure children’s rights and protection through the ‘EU Promotion of Human Rights Programme’. We also support education reforms in Pakistan with a focus on achieving full enrolment in education for all children between 5-14 years, uniform levels of good quality education, so that children are able to develop their potential and gain the skills and knowledge that will enable them to find well-paid decent jobs later on. In addition, both the Rights of the Child Convention (CRC) and the ILO Conventions No.182 and No.138 are part of the UN Conventions linked to the EU GSP+ trade incentive arrangement for Pakistan.

On World Day Against Child Labour lets collectively promise to double our efforts to protect little girls and boys, so that stories like Zohra’s do not happen again.

Androulla Kaminara is the Ambassador of the European Union to Pakistan. Courtesy The Nation