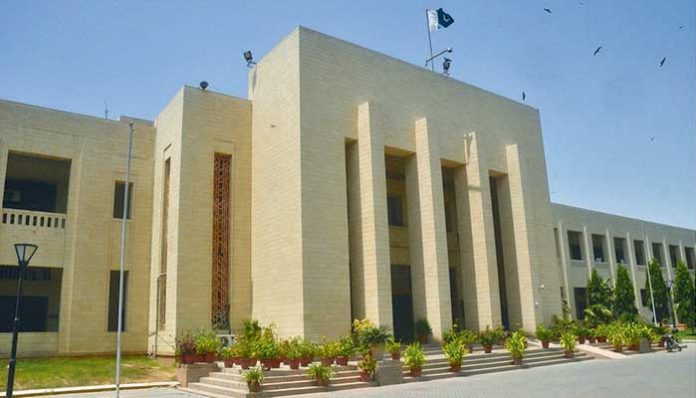 KARACHI : Sindh Assembly Speaker Agha Siraj Durrani told lawmakers on Monday that the assembly building could be the target of a terrorist attack, his statement coming a few hours after the gun-and-grenade attack at the Pakistan Stock Exchange (PSX).

Speaking during a session of the provincial assembly, the speaker informed the lawmakers that the Sindh Assembly had been facing threats of terror attacks. Durrani said he had earlier received warnings that the assembly building could come under terrorist attack.

Durrani said the Sindh chief minister was fully apprised of the entire situation. He advised the legislators to remain fully alert to such a threatening situation.

The sensational statement of the speaker came in the immediate backdrop of the attack of the Pakistan Stock Exchange building in Karachi earlier in the day.

Meanwhile, the house was informed that almost all subsidiary organisations of the Sindh Labour Department had been non-functional owing to the coronavirus emergency as dozens of staffers of the labour department had contracted the viral infection.

This was said by Sindh Labour and Education Minister Saeed Ghani while responding to lawmakers’ queries during the question-hour session of the provincial assembly.

The labour minister was responding to queries of opposition legislators on how much more time was required to carry out the survey in the province to ascertain the situation of child labour.

He said Sindh had passed a maximum number of legislations in the country related to the labour sector after the 18th constitutional amendment as these laws were meant to safeguard the legitimate rights of the labourers and to safeguard them against undue exploitation.