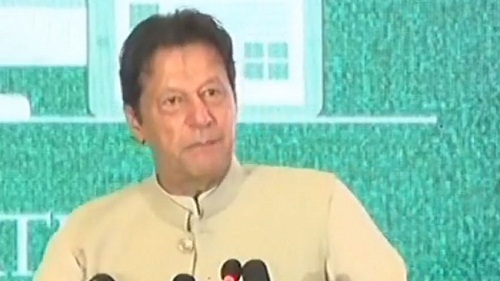 Islamabad : Prime Minister Imran Khan signed agreements with the Ministers at a ceremony in Islamabad on Wednesday to improve the performance of ministries and governance system during the next two years.

Speaking on the occasion, the Prime Minister urged the cabinet members to exceed the targets set in the agreements in order to live up to the expectations of the masses.

Imran Khan said we have come out of difficult times and it is now time to gear up efforts to achieve the benchmarks set for the next two years.  He said it is only through performance the elections will be won by us.

Regarding electronic voting machines, the Prime Minister said only those who are benefiting from the corrupt system are opposing their use in the elections. He said we want to introduce this system in order to do away with the issue of rigging.

A total of 41 ministries have prepared 1,090 initiatives for the next two years. These are related to various sectors including development projects, economy, policy making and reforms.

These agreements cover all Divisions of the Federal Government.