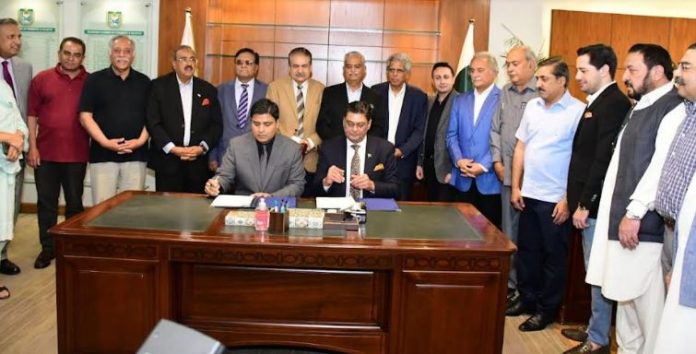 Speaking at the occasion, Ahsan Bakhtawari said that taking over charge of ICCI Presidency was a great honor for him and he has come with a mission to serve the business community. He vowed that he would work hard to promote the interests of traders and industrialists and take all possible measures to resolve their key issues. He said that he would also work for the better development of markets, industrial areas and the overall city.

Group Leader Khalid Iqbal Malik congratulated the newly elected President Ahsan Bakhtawari, Senior Vice President Faad Waheed and Vice President Muhammad Azhar ur Islam Zafar on assuming charge of their portfolios and expressed good wishes for them. He hoped that the new team would play an effective role in resolving the key issues of the business community.

Faad Waheed, Senior Vice President and Muhammad Azhar ul Islam Zafar, Vice President ICCI assured that they would make all possible efforts to deliver up to the expectations of the business community.