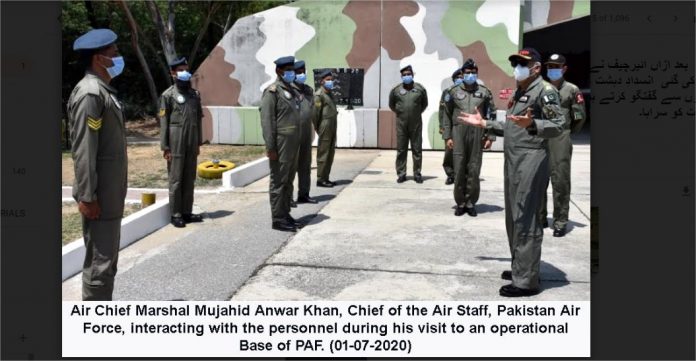 Later in the day, the Air Chief also visited PAF’s Special Services Wing.  Chief of the Air Staff witnessed a demonstration of anti terrorist operation by the SSW personnel. He also planted a tree at SSW Headquarters. Interacting with the combat crew, Chief of the Air Staff expressed satisfaction over the operational preparedness of personnel and lauded their high morale and dedication.