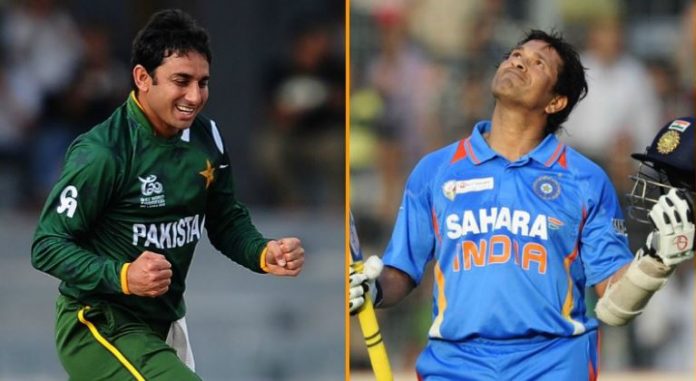 Pakistan’ legendary off-spinner Saeed Ajmal has claimed that former India opening batsman Gautam Gambhir was also sure that Sachin Tendulkar was correctly given out during the 2011 International Cricket Council (ICC) World Cup semi-final.

The legendary batsman was given leg before wicket on the bowling of Ajmal in the 11th over by Ian Gould when he was batting on 23.

Tendulkar decided to review the decision and the replay showed the ball was missing the stumps.

Ajmal, while talking to Samaa TV, reiterated his opinion that the Little Master was correctly given and revealed that even Gambhir, who was batting at the other end at that time, agreed with the on-field umpire’s decision.

“I still believe that Tendulkar was out,” said the 42-year-old. “I am not sure whether they made any alterations to the replay but there was a clear delay in the decision.”

“Tendulkar approached Gambhir who advised him not to challenge the decision as he will be given out if the ball even clicks the stumps. But he took the chance as it was an important wicket and the review went against us.”

The right-arm bowler said that he was left shocked as to how the ball could miss the stumps when it was hitting the middle stump.

Tendulkar went on to play a match-winning knock of 85 off 115 deliveries which included 11 boundaries. He was named player-of-the-match for his performance.