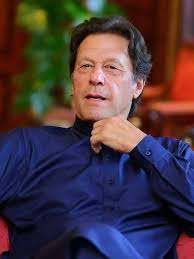 ISLAMABAD : Prime Minister Imran Khan said on Monday the country recorded an increase of 31 per cent in remittances in the first two months of current fiscal year as compared to last year’s the same period.

Taking to Twitter, the prime minister said overseas Pakistanis sent $2.095 billion in remittances during the month of August this year which is 24.4 per cent higher than the corresponding period last year. He added the country received record $2.768 billion dollars in remittances in the month of July this year.

“For the first two months of this fiscal year our remittances are up 31% over the same period last year. Alhamdulillah,” he said.

On Aug 24, Prime Minister Khan had shared the latest data on the country’s current account balance saying it posted a surplus of $424 million in July 2020.