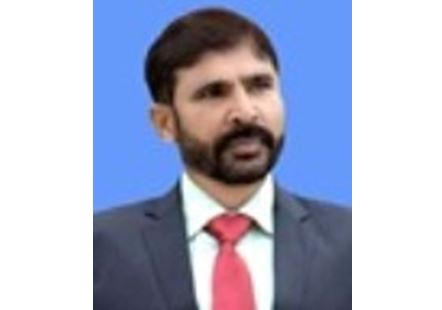 Inclusiveism is an approach of several to understanding different ideologies.Inclusivists hold many beliefs as true and accommodate with their own philosophy.Accommdativism isa doctrine that refers to appropriateness, conformances and reconcilementin socio-political and theological attitudes.According to Dr Muhammad Asim, “Accomodationism” means to accommodate distinct religious identities by government in a structural framework with regard to providing fundamental human rights, religious expressions and particular facilities”.Accommodativismis observed in the social behavior when an individual reconciles himself with the belief of other’sparticularly for the endurance of economy and politics.

“Inclusive Accomodativism means to seek similar traits between socio-political and/or cultural segments, market economies and religious/sectarian fractions by avoiding differences (even major or minor) just to avail Dr. Muhammad Asim’s 3Ps (peace, progress and prosperity) Model, structural functionalism and cosmopolitanism”. AllamaIqbal was also prominent philosopherwho experienced such approach.  He inhaled different ideologies and transmitted its intellectual development through his poetry.The Muslim community of sub-continent was and now is much impressed by hisacomodativeism approach andlyrical message to the Muslim Umah.

However, some are very confused by its philosophical thoughts because he himself was impressed by a number of personalities and philosophies that left a deep impact on him but it seems that he could not totally followed them.

One of them was Karl Marx whose socialist ideas were interpreted into action in 1917 by Lenin. Iqbal was greatly impressed by the Marxian thought and in his later poems, published posthumously in his last collection ‘Armughan-e-Hejaz’, he described Socialism as the next greatest threat to all evils of the world.

Even though he partially subscribed to the Marxian ideology, he had objections to its doubt, on the one hand, and its continuation of statehood on the other. Nevertheless, his sympathies with the peasants and workers and inclination towards Lenin and Marx were distinctive.

AllamaIqbal has written these and similar verses in praise of Karl Marx and Lenin. This is a tribute of approval on his part, as well as an indicator of the fact that, despite reaching the climax of intellectual thought, establishing a rationalistic system, and writing a book destined to cure human ills and misery, Marx is a Moses without divine. He leads and is a Christ who was not crucified in a divine cause. While these verses show extreme approval of Marx, on the one hand, they also expose his deprivation of visionaryexposé and his lack of insight into spiritual values and ecstasy.

Marx has been called a materialist, that is, one who was devoid of the exhilarating and life-giving revelations brought by Hazrat-i-Jibreel. Marx assumed that materialistic equality was the solution for human ills. Allah says that the roots of his (Marx’s) imagination have not penetrated the depths of his heart, but are only floating in the most basic existence, and although his sympathy for humanity may give the impression that the heart of a believer, his insight, being deprived of divine revelation, the system produced by him through the innovations of his intellect is not beneficial. To be deprived of divine revelation is nothing more than the spikes of an unbelieving mind.

Consequently, Iqbal has said that the problem would not be solved with the control of the government by the proletariat. On the contrary, the bourgeoisie would parade with the mantle of the proletariat, because the true revolution is more a change of the basic sentiments of the heart than of the material resources and conditions, and so on.

Human nature loves extremism. It deviates between extremes rather than expanding. Iqbal was once fascinated by the Western system and later by communism. Very few people accept the positive aspects of these two as the lost heritage of the believers and reject the negative aspects because of their harmful effects. Iqbal praised the sentiments of human sympathy in Communism, Marx and Lenin and acknowledged their struggle to smash the idol of capitalism.

What attracted Iqbal the most was the nectar, which in the communist capitalist system proved to be the cancer of the idea of a national organization based on color, language and race and gave birth to a new concept of national ideology in Europe.  Islam bases its own nationalism.  This harmony of thought between the two created a soft spot for sharing in Iqbal’s conscience.

In other words, Iqbal happily saw the achievements of communism against capitalism as preparing the ground for Islamic revival. At the very beginning of the communist trial time, when he may perhaps was seeing the future of human between the two extremes of communism and capitalism from which the human race would benefit.

Though today when we study him after 80 years, he still remains worth-while because his imbalances philosophy is still persist. Although Subcontinent is free from imperialist rule, still faces the challenge of the dominating self of the West. The laziness of the centuries still to be broken and the passion for progress, devotion to ideal and dedication to action are yet to be acquired.