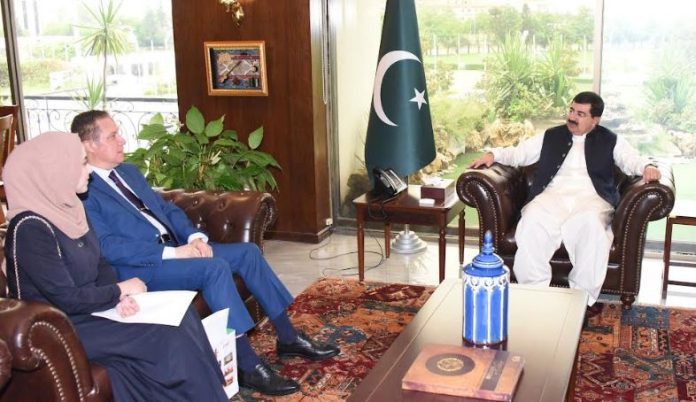 While exchanging views, Sanjrani said that Pakistan and Algeria enjoy the lengths of friendly relations due to sharing of common religion, cultural values and friendly foreign policies. Moreover, the meeting discussed underscoring the need for collaboration in present times. He mentioned that Pakistan values its relations with Algeria and urged to expand the bilateral ties in the field of Information Technology.

The Chairman, while talking to the Ambassador, said that Pakistan believes in the expansion of friendly bilateral ties based on mutual interests to promote savvy diplomacy and to develop a multidimensional approach towards the outer world. He highlighted that Pakistan desires to further collaborate with the Republic of Algeria based on a broad canvas in various fields such as economy, politics, and developing cultural and public connections.

Sanjrani underlined  that in an age of increasing dependence of states on each other and global connectivity, there is a need to take necessary steps to transform the trends of trade between two states. It is important to address the existing bottlenecks to boost the economies of both countries.

The Chairman Senate asked the Ambassador to urge the Algerian investors to collaborate with Pakistan in different sectors to build joint ventures to shape up advanced economies in the 21st century.

The visiting dignitary remarked that Pakistan is an important country for us and in the region. Algerian Ambassador Brahim Romani stressed the need for more institutional cooperation and proposed an early plan for exchanges of delegations in business sectors.

The Ambassador also invited the chairman of the Senate on behalf of the heads of both houses of the Algerian parliament to visit Algeria along with the parliamentary delegation.