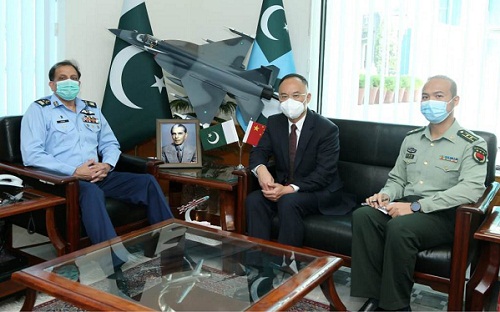 The Air Chief expressed his satisfaction on the existing cooperation between PAF and PLAAF, and reiterated that this cooperation would be further strengthened.

Various matters of mutual interests and bilateral cooperation were also discussed in the meeting.

the plane is Romanian and took off on Wednesday from Bucharest carrying humanitarian aid to India. It was remarkable how Pakistani authorities has mobilized and gave the clearance for overflying Pakistan in just a few hours. Like Androulla Kaminara, the Head of EU Delegation I expressed my gratitude for Pakistani prompt positive reaction to our Embassy and EU Delegation request for overflying approval. The plane was loaded with Romanian , European Union and other countries’ emergency supplies