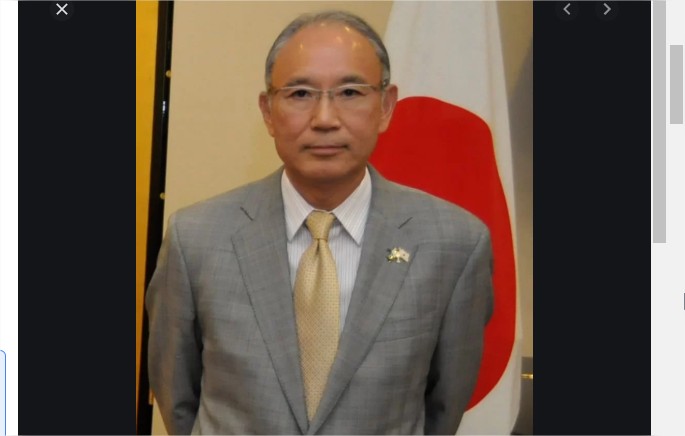 ISLAMABAD, JUNE 22 (DNA) – MATSUDA Kuninori, Ambassador of Japan to Pakistan, has expressed deep grief and sorrow over the loss of precious lives in the terrorist attack on Pakistan army’s Patrolling party near North & South Waziristan district boundary on June 21st.“Any act of terrorism cannot be justified for whatever reason or purpose.

My deepest condolences and sympathies to the families of Captain Sabih and Sepoy Naveed and I pray for the early recovery of those injured in the attack” said Ambassador MATSUDA in his condolence message here on Monday.While appreciating the efforts of Pakistani security forces in maintaining peace and stability, the Ambassador reiterated that Japan is committed to continuing to support the Government of Pakistan and its valiant security forces to combat terrorism.

The Government of Japan has been supporting various projects of counter-terrorism such as the improvement of facilities and equipment of Pakistani law enforcement agencies dealing with counter-terrorism, including projects on improving airports and ports security, providing x-ray inspection equipment, and strengthening border security, amounting to more than USD 137 million, said Ambassador MATSUDA.