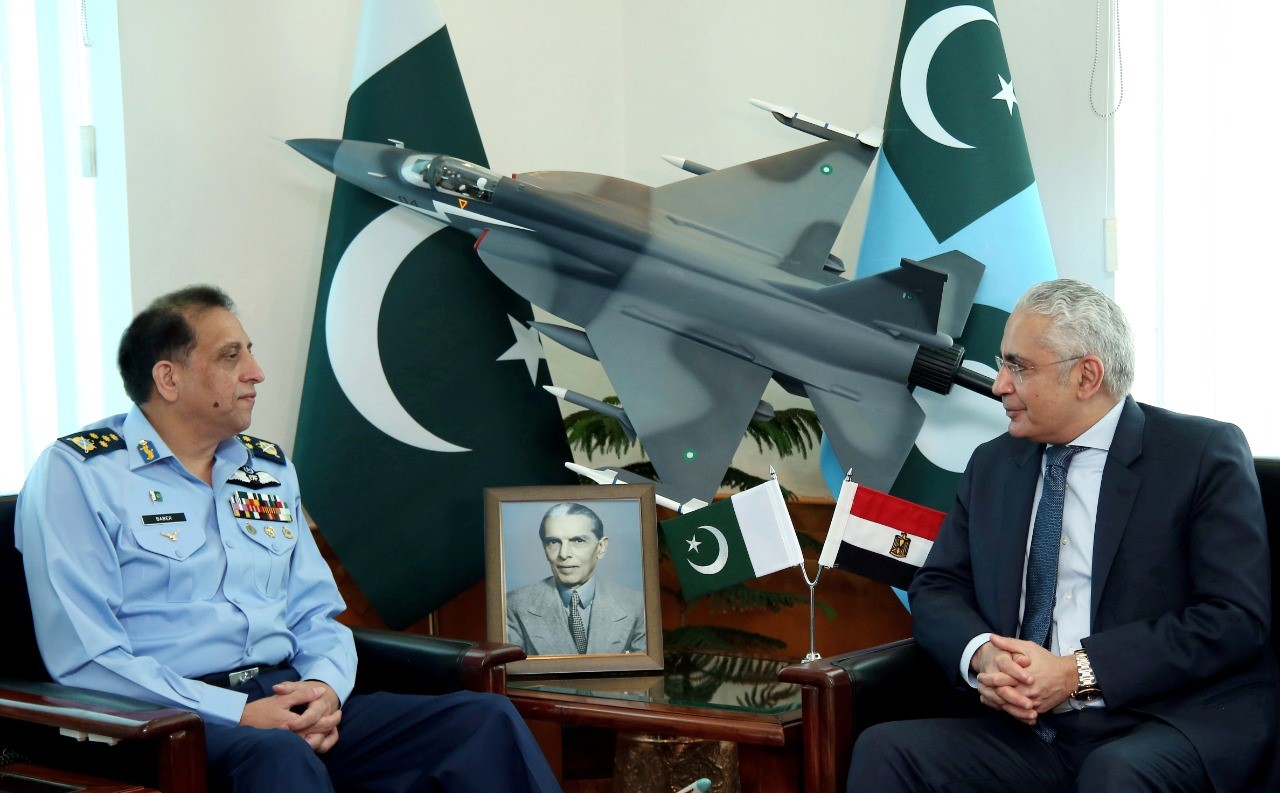 ISLAMABAD: : Ambassador of the Arab Republic of Egypt Mr. Tarek Mohamed Dahroug called on Air Chief Marshal Zaheer Ahmed Baber Sidhu, Chief of the Air Staff, Pakistan Air Force in his office today. During the meeting, both the dignitaries discussed matters of professional and mutual interest.
Ambassador Mr. Tarek Mohamed Dahroug commended the professionalism of PAF and acknowledged its rising indigenous capacity in aviation industry.
The Air Chief said that Pakistan and Egypt had longstanding religious, cultural and historical bonds which were manifested through strong ties between Egyptian Air Force and Pakistan Air Force. The Air Chief also emphasized upon the significance of further deepening the relations between the two Air Forces.