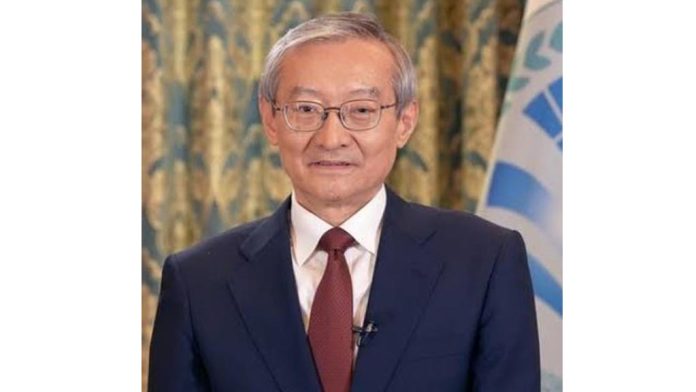 The Foreign Minister warmly welcomed the Secretary General and his delegation to Pakistan and congratulated him on his appointment to this important post, at the helm of the SCO Secretariat.

The Foreign Minister reaffirmed Pakistan’s commitment to the purposes and principles of the SCO Charter and the ‘Shanghai Spirit.’ He assured the Secretary General of Pakistan’s active support in taking forward SCO’s development cooperation agenda. The Foreign Minister highlighted the enormous potential of the SCO region and stated that it was a collective responsibility to work together in harnessing this potential effectively for the sustained progress and prosperity of the SCO region as a whole.

Views were also exchanged on the modernization of working mechanisms of SCO as well as the further expansion of the Organization, which was a testimony to its growing stature as a major multilateral platform. The Foreign Minister reassured the Secretary General that Pakistan would be supportive of the reform process.

Sharing his perspective on the situation in Afghanistan, the Foreign Minister underscored the need to maintain constructive engagement and practical cooperation to promote the shared goals of peace, stability, development and regional connectivity. He added that the international community must scale up assistance to help address the twin challenges of a dire humanitarian situation and economic crisis. The Afghan interim authorities, on their part, must address the concerns of the international community pertaining to inclusivity; respect for rights of all Afghans, including girls’ education; and continued efforts in counter-terrorism.

The SCO is a trans-regional multilateral organization of 8 countries comprising, in addition to Pakistan, China, Russia, Kazakhstan, Uzbekistan, Tajikistan, Kyrgyzstan and India. The SCO strives to promote multi-faceted and comprehensive cooperation in diverse areas.

The visit of the SCO Secretary General to Pakistan is part of customary visits to member states after assumption of office. It is aimed at exchanging views with the leadership on the strategic direction of the Organization in future, as well as our priorities in the SCO development cooperation framework.

The visit provides a valuable opportunity for consultations on Pakistan’s role and participation in SCO, especially in the run up to the SCO Council of Foreign Ministers (CFM) later this month in Tashkent and the Council of Heads of States (CHS) meeting in Samarkand in September 2022.