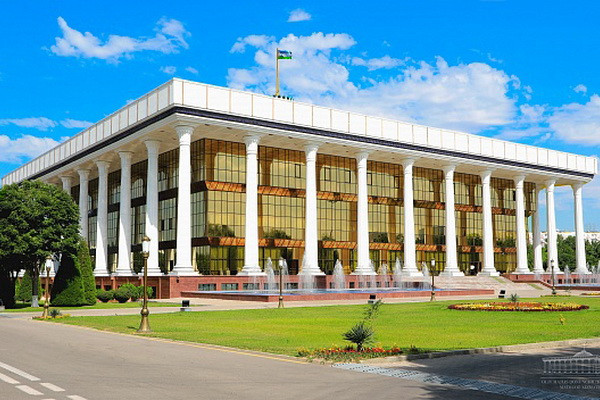 Tashkent, Uzbekistan, On 30 July 2020: An online discussion of the expert group on the topic “Preparing gender-responsive legislation as part of the 2030 Agenda and the implementation of the Beijing Declaration: the role of parliamentarians” was held, organized by the Inter-Parliamentary Union (IPU) and the UN division for gender equality and the empowerment of women “UN Women”.

It should be noted that parliamentarians from various countries responsible for gender policy issues were represented at the consultations. A member of the Executive Committee of the IPU, First Deputy Speaker of the Legislative Chamber of the Oliy Majlis of the Republic of Uzbekistan A. Saidov also took part in the work of this event.

The main purpose of the event was the exchange of experience and practice on gender equality issues, discussion of the results of the implementation of the Beijing Declaration, as well as the project “Guide for parliamentarians on the preparation of legislation with regard to gender aspects.”

It was noted that worldwide over 2.5 billion women and girls are under the influence of various kinds of discriminatory laws, and there is no adequate protection for their legal protection. In 2019, IPU, UN Women and a number of other international organizations approved the Fast-Track Strategy “Equality in the Laws of Women and Girls 2030”. In March 2020, the UN has revised and adopted the Political Declaration in honor of the 25th anniversary of the Beijing Declaration and Platform for Action. Now they also pay special attention to the prevention of gender discrimination in the adopted laws, which was another breakthrough in ensuring gender equality.

First Deputy Speaker of the Legislative Chamber A. Saidov noted that since the adoption of the Beijing Declaration and Platform for Action, Uzbekistan has confirmed its full commitment to creating a society in which the rights and opportunities of both sexes are equal and respected equally. The progress achieved by Uzbekistan in the field of gender equality aroused particular interest in the UN Secretary General A. Guteres.

The founding of the Ministry for Support of Mahalla and Family was the cornerstone in preventing violations of women’s rights and creating favorable conditions.

Last year, in the year of the 40th anniversary of the “Convention on the Elimination of All Forms of Discrimination against Women”, Uzbekistan adopted two new laws – “On guarantees of equal rights and opportunities for women and men” and “On the protection of women from oppression and violence.”

For the first time in the history of Uzbek parliamentarism, a woman was elected as the chairman of the Senate of the Oliy Majlis of the Republic of Uzbekistan, thus Uzbekistan became the 56th state, where a representative of the weaker sex is at the head of parliament. The President of the Senate also simultaneously heads the Gender Equality Commission.

In turn, the participants of the event highly appreciated the reforms and transformations being carried out in Uzbekistan in the field of ensuring gender equality.

In particular, UN Women political adviser Beatrice Duncan stressed that “legislation plays a key role in reflecting and developing social norms regarding what is acceptable and what is unacceptable in society. Therefore, parliamentarians play an important role in drafting laws that can protect women and girls and improve their lives.”

B. Duncan also welcomed the efforts of Uzbekistan to create equal conditions and opportunities for women and girls in the full realization of their potential both in public life and in professional career. At the same time, the role and aspiration of the parliament in solving pressing problems in the field of gender equality were especially emphasized.

At the end of the event, the participants exchanged views on the draft “Guide for parliamentarians on the preparation of legislation with a gender perspective”. This Guide is designed for parliamentarians to support them in identifying inequalities in national legislation and preparing gender-sensitive legal reforms. This publication is based on the Fast Track Strategy for Women and Girls Equality 2030, adopted by UN Women in 2019.