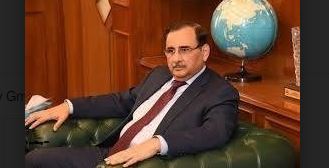 ISLAMABAD, SEP 30 /DNA/ – The Federation of Pakistan Chambers of Commerce and Industry’s Businessmen Panel (BMP) warned of industry’s closure in the wake of restraints on import of industry raw material under customs tariff chapter 84 and 86, as these restrictions have not been lifted yet despite the country has received loan tranche from the IMF.

FPCCI former president and BMP Chairman Mian Anjum Nisar observed that the business community was expecting that the imports restrictions would be relaxed as soon as the country receives first installment of the IMF loan but it is unfortunate that the situation has not changed so for mainly due to mismanagement of the authorities.

He stated that the import restrictions under Customs tariff chapter 84, 86 continued to haunt the trade and industry, leading to severe shortage of industry raw material, as the authorities concerned have not been fulfilling their promises in spite of several reminders and meetings.

If import of industrial raw material, parts and machinery is halted, the industry would stop running gradually, leading to inordinate delay in export orders and damaging the reputation of Pakistan, as some of the sectors have already slashed their productions because they are in a difficult situation in the face of growing currency crisis.

It is to be noted that the State Bank Foreign Exchange Department (FEOD) had made customs tariff chapter 84, 85 import payments conditional on its approval. The commercial banks, after this State Bank’s condition, are not making dollars available to the importers. After the circular issued by the FEOD on July 5, the import of every kind of plant and machinery, capital goods and raw material has stopped. As a result hundreds of consignments are stuck at different ports and almost same number of consignments is on their way.

Moreover, hundreds of consignments remained stuck at the port after government had slapped a ban on the import of luxury items. The importers have to pay now heavy demurrage to the shipping companies, as the government did not fulfill its commitment of waiving off demurrage and detention charges.

Mian Anjum Nisar said that the industry needs a supply chain to run the whole economy, adding big industries require raw material all the time. The State Bank’s decision severely affected almost all industries negatively. The most concerned are those industries whose consignments have reached at the port and are being asked by the suppliers to pay the bill but the State Bank is still creating hurdles. Though importers have the money but are unable to send the amount to them. Those who import goods under Cash Against Document (CAD) are of the view their clients are getting angry with them as they are not able to make payment timely.

Moreover, he also appealed to the government to immediately give directions to the finance ministry as well as the central bank to play its due role of keeping the check on banking sector and stop exploitation of the trade and industry by charging exchange rate unfairly. He also lashed out at the government over the volatile exchange rate, despite arrival of IMF loan tranche, fearing it will stoke up inflation and halt economic growth by hurting all important sectors.

He also urged the government to appeal the International Monetary Fund to ease its harsh program conditions that require the country to further increase electricity prices and taxes on fuel over the next six months in return for the remaining loan of nearly $3 billion.

He urged the IMF to provide upfront the remaining loan of $3 billion and allow a pause in the increase in electricity prices and petroleum levy for four months. He said that the purpose of seeking the moratorium on the implementation of these conditions is to ease the inflationary pressures that are hurting the trade and industry. He said that under the agreement, Pakistan is required to increase the petroleum levy to Rs50 per litre on all petroleum products. At present, it is charging a levy of Rs37.50 per litre, which means that the tax has to be increased by Rs13.50 per litre amid already high prices. Similarly, the petroleum levy on high-speed diesel is currently Rs7.58 per litre, which has to be increased by another Rs42.42 gradually till March next year.

Pakistan owes $9.7 billion to the Paris Club, including $8 billion to five countries – Japan, Germany, France, the United States and South Korea. Out of this, $1.1 billion is maturing this year.