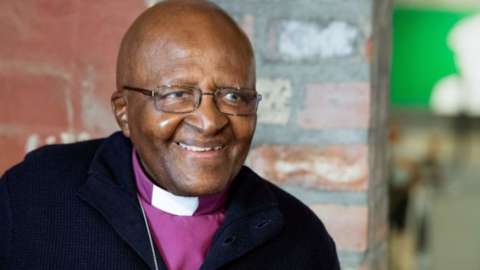 Events are being held in South Africa to mark the 90th birthday of the Nobel peace prize winner, Desmond Tutu.

He’s expected to attend a service at St George’s cathedral in Cape Town, where he served as the country’s first black archbishop from the 1980s.

The Dalai Lama and Graca Machel, the widow of the late president, Nelson Mandela, are among those due to take part in an online lecture in his honour.

Although he largely withdrew from public life more than a decade ago, Desmond Tutu is remembered for his leading role in denouncing white minority rule in apartheid-era South Africa.

More recently, he has spoken out against corruption and xenophobic violence.