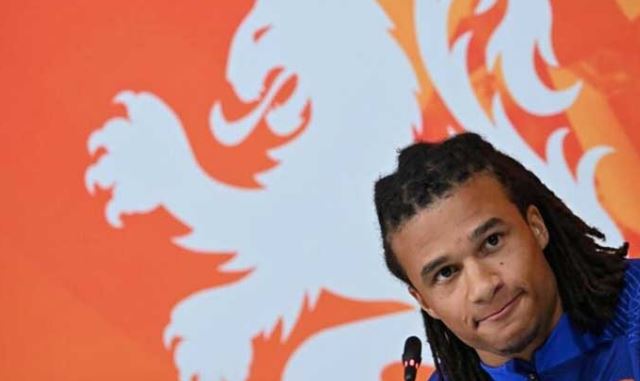 DOHA – The Netherlands must beware of Argentina s “quiet” assassin Julian Alvarez when they meet in their World Cup quarter-final on Friday, his Manchester City team-mate Nathan Ake said.

Forward Alvarez has hit form for Argentina in Qatar, scoring in their final group game against Poland and again in their last-16 win over Australia.

The 22-year-old has also made an impact since joining City in the close season and Ake warned his Dutch team-mates not to under-estimate him despite his low-key demeanour.

“As a player he s very technical, very difficult to mark even in training, very sharp, good finishing, so it will be tough,” defender Ake said on Tuesday.

“He s a great player but also a great guy off the pitch. He s a little bit quiet.

“He s still learning English and he comes from a different environment so it s all new for him but he s fitted in really well.”

The Netherlands have already beaten the champions of Africa, Asia and North America at this World Cup and are aiming to add the reigning South American title-holders to that list.

Ake said trying to stop Argentina s Lionel Messi will be “a good challenge” and he is excited at the prospect of a showdown between two of the World Cup s iconic teams.

“Argentina fans are very good — they are always there, they create a great atmosphere,” he said.

“They love football, they go there to see football and they enjoy it and as football players you want that atmosphere.”

Argentina beat the Netherlands on penalties in the semi-finals of the 2014 World Cup after a tense 0-0 draw in Sao Paulo.

Louis van Gaal was the Dutch coach then as he is now, and Ake said the players want to “fight for him and do well for him” before he steps down at the end of the tournament.

“Ever since he came in he s been great for us, he s very direct and he lets everyone know where he stands,” he said of Van Gaal.

“If you re a starter or if you re a bench player you know exactly what you have to do in the team.

“I think that makes it very clear for everyone.”

Ake said Van Gaal was “a very good guy” off the pitch who “doesn t want any sympathy” after undergoing treatment for an aggressive form of prostate cancer.

“He never really speaks about it so I think that s maybe the biggest part.”