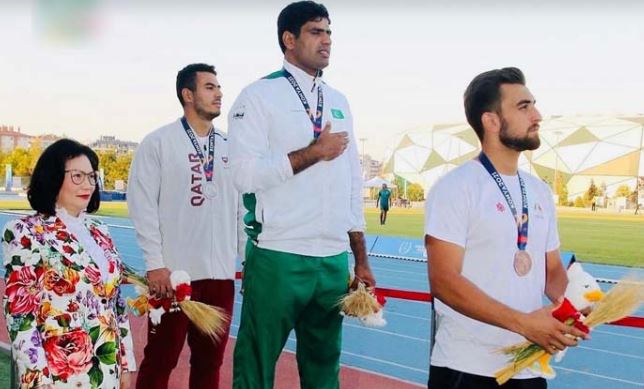 KONYA – Pakistan’s javelin thrower Arshad Nadeem created another record as he hit 88.55m at the Islamic Solidarity Games in Konya on Friday.

Arshad made the record despite living through a very painful and longstanding elbow injury along with a soft tissue trauma in the knee that has been troubling him for the last few months.

Earlier he won the Commonwealth Games gold medal and created history at the sporting event by becoming the first South Asian to cross the 90m barrier. His spear landed at 90.18m.

Arshad has been competing in the events without his coach. He first featured at the World Athletics Championships, then the Commonwealth Games and now the Islamic Games, all without his personal coaches. He trained in South Africa with Terseus Liebenberg for two months and then with Salman Butt in Lahore without proper gyms and facilities before embarking on his history-making international outings.