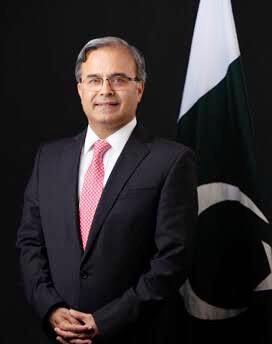 ISLAMABAD: Dr. Asad Majeed Khan, presently posted as Pakistan’s Ambassador to Belgium, the European Union and Luxembourg has been appointed as the new Foreign Secretary.

He was previously posted in USA and during his time the controversy of Cipher had cropped up. After that controversy, he was shifted to Belgium from Washington and it was believed that due to this controversy he may not be considered for the post of the Foreign Secretary.

Pakistan ambassador to Turkey Syrus Qazi was supposed to be the new Foreign Secretary subject to his elevation to the Grade 22. However so far he has not been elevated to the Grade 22 because the Board for the promotion to Grade 22 had not been held hitherto. Asad Majeed is already in Grade 22.

Since the post was vacant for quite some time therefore it was necessary to fill it up in order to run the foreign affairs smoothly. Asad Majeed being the senior most diplomat has finally be appointed as the foreign secretary. He carries immense experience in the diplomacy and has served as the Pakistan ambassador in various countries.