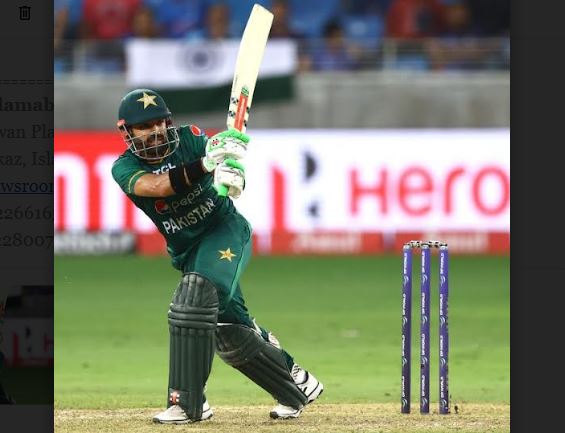 Rizwan plays the winning knock; Asif Ali does the rest

DUBAI, SEP 4 /DNA/ – Pakistan on Sunday defeated India by five wickets in a nail biting encounter. Green Shirts chased down the target of 182 in their first game of Super 4 stage.

India had set a 182-run target for Pakistan after being asked to bat first in the Asia Cup Super Four stage match played at the Dubai Cricket Stadium Sunday.
Pakistan recovered well from a horrible start to restrict India to 181 for 7. Pace, which had been pretty effective for Pakistan last Sunday, was completely subdued by Indian openers Rohit Sharma and KL Rahul (28 each), who came out all guns blazing and gave India a flying start. The foundation laid by the top two had India eyeing a total in excess of 200 at one point but the introduction of spin curtailed the flow of runs.

Shadab Khan and Mohammad Nawaz were excellent again and helped Pakistan negate some of the damage caused by the pacers. Virat Kohli, well and truly back in form, top scored with a 60 but did not quite get the late fireworks from the other end. Following Pakistan’s recovery in the second half of the innings, Pakistan could have held India to an even lower total, if not for a horrible sequence of misfielding in the final over courtesy Fakhar Zaman.

For Pakistan, Asif Ali produced a couple of shots to see the country go through, before getting bowled out in the last over. Meanwhile, Nawaz played a crucial and quick innings that set up the momentum in Pakistan’s favour.

Pakistan’s next match is against Afghanistan on Wednesday.