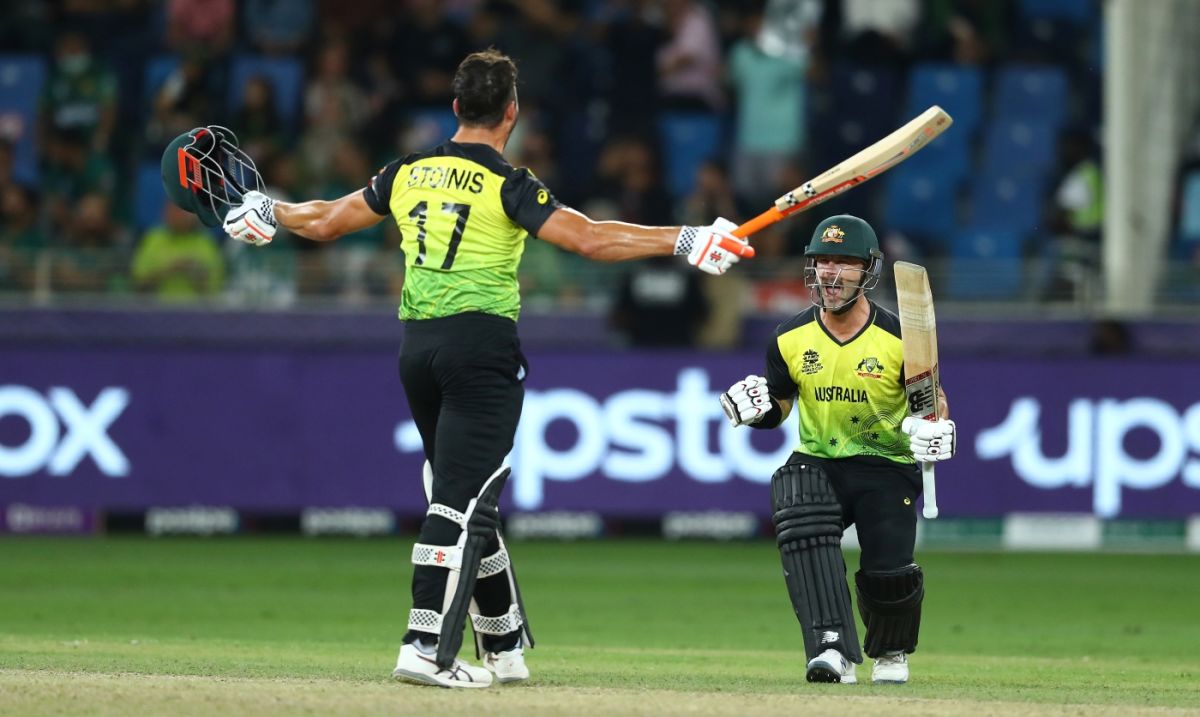 Australia managed to win their semi-final clash against Pakistan on Thursday by five wickets.

Pakistani leg-spinner Shadab Khan did his best, raking in figures of 4/26 against Australia [the best for a T20 World Cup semi-final] but it wasn’t enough.

After the Shadab scare, Australia managed to bounce back as Stoinis and Matthew Wade struck up a solid partnership, hitting Hassan Ali and Shaheen Afridi for a couple of sixes.

Always looking uncomfortable right from the start, the right-handed batsman attempted to hit Shadab out of the park but was caught by Fakhar Zaman.

Earlier, a clinical Shaheen Afridi exerted pressure on the Australians right from the word go when he trapped Aussie skipper Aaron Finch lbw in the very first over Thursday.

Australia, in their quest to qualify for the T20 World Cup final against New Zealand, have been handed a target of 177 runs to win.

When it was Pakistan’s turn to bat, left-handed batsman Fakhar Zaman gave the Men in Green a fighting chance in the second semi-final of the T20 World Cup between the two sides Thursday.

The Pakistani batsman scored 55 runs off 32 balls and a couple of sixes in the final over to ensure Pakistan crossed the 170-run mark to hand Australia a target of 177 runs.