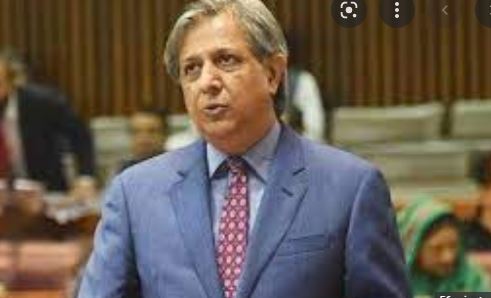 ISLAMABAD, SEP 30 (DNA) — Leader of the House in Senate, and Federal Minister for Law and Justice Azam Nazeer Tarar Friday suggested to hold a debate on the audio leaks of former prime minister Imran Khan in the House to determine as who had worked against the national interests.

Speaking in the Senate, he dared the opposition to initiate a debate on the audio leaks of Pakistan Tehreek-e-Insaf chairman in the House to ascertain as to who was the country’s friend and who was the traitor.

“The painful thing is that the person while sitting in the high constitutional office, should have taken decisions in the larger greater national interest by keeping political interests aside, but he (Imran) instead played a dangerous game with the country,” he added.

Azam Tarar said Imran Khan’s so-called conspiracy narrative had badly been fully exposed before the people, as he had preferred his personal interests over national interests.

Regarding the exoneration of Pakistan Muslim League-Nawaz Vice President Maryam Nawaz in the Avenfield flats reference, the minister said the Islamabad High Court’s division bench had announced the verdict on merit after 26 hearings in the last four years.

Maryam Nawaz had appeared before the court about 56 times, he said, adding the IHC’s decision was a blow for the PTI’s so-called narrative of accountability. The honourable court had already acquitted Ahsan Iqbal, and some other PML-N leaders would also be declared innocent in the fake cases soon, he added.

Those, who were responsible for putting the innocent people behind the bar in fake cases, would be punished by the people’s court, the minister said.

Expressing his disagreement to the Leader of the Opposition, He said the incumbent government encouraged discussion before passing of any bill, while it was the PTI government, which had always done legislation through bulldozing the bills in the House.

The minister said the government was holding discussions with the farmers to address their concerns, and their issues would also be taken up in the cabinet. =DNA